One of Roy Ferguson's greatest pleasures in life is spending time with his granddaughters.  Every morning the 70-year-old Chicagoan and his partner, Michael, each take one of their youngest granddaughter’s hands and walk her to school. The pair’s eldest granddaughter just got onto her high school’s softball team, and Roy is looking forward to watching her play. These moments with his family – morning walks and softball games – is not something that Roy takes for granted, because he did not always think he would get to take part in them.

During the 2007-2009 Great Recession, Roy, alongside nearly 9 million other Americans lost his job.  He subsequently went through bankruptcy and lost his house to foreclosure. Losing his income, insurance and home created barriers for Roy in supporting his health, just as is does many. According to the Centers for Disease Control and Prevention, employment and access to stable housing, along with other factors, impact one’s overall health. These “social determinants of health” can exacerbate pre-existing health conditions.

Some years prior, Roy had tested positive for HIV. Roy had managed to attain treatment and medication through his employer-provided health insurance. However, when he lost his job, he became responsible for the full price of his medication, rather that splitting it with his insurance. The financial challenges that Roy was facing made it impossible for him to continue paying for his HIV medication, forcing him to go without. Once he stopped, Roy’s viral load began rising rapidly and his health quickly declined. Roy was left feeling depressed and unsure of what to do next.

Just when it seemed as though things were not going to get better, Roy, a veteran, got connected with the Edward Hines, Jr. VA hospital.

“Once I got involved with Hines, everything in my life really turned around,” Roy said. 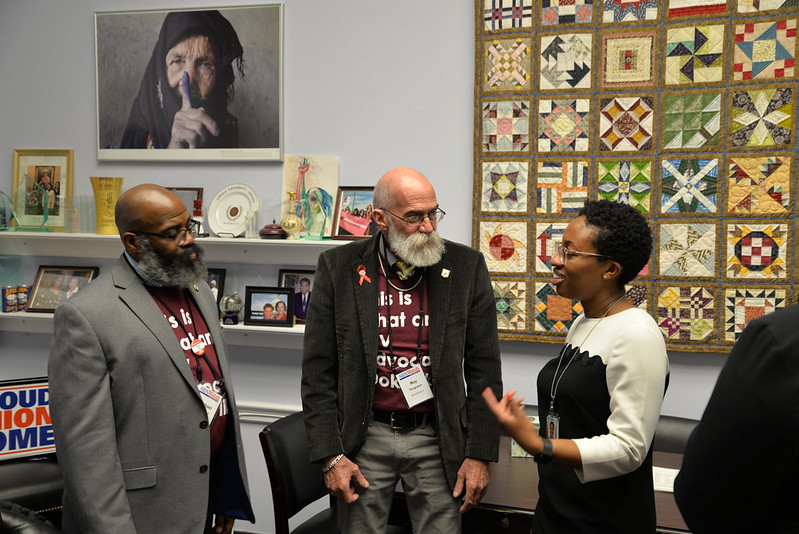 At the VA hospital, Roy was reconnected with HIV treatment and received mental health services for his depression. Once he was back on medication, Roy joined the Hines Positive Attitude Veterans (PAV) group, a self-help and education group for HIV-positive veterans, which he later began leading.

“Coordinating the Hines HIV group is my way of playing back and paying it forward at the same time,” Roy said.

From there, Roy fell in love with advocacy. He found his voice, and he was ready to be heard. Roy joined AIDS Foundation Chicago (AFC) in Springfield, where he spoke with state legislators about HIV and AIDS.

In 2016, he went to Washington D.C. to participate in AIDSWatch, the largest national constituent-based HIV advocacy event. Last year, he began serving on AFC’s board of 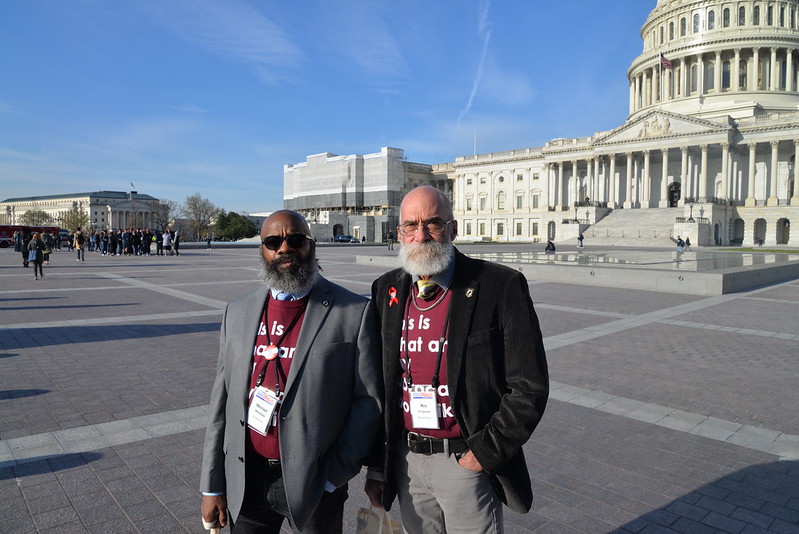 directors, where he takes part in overseeing the work and leadership of the organization.

“The VA was very instrumental in turning my life around and helping me find purpose, so much so that I’m now on the board of directors at AFC,” Roy said. “I don’t know what better purpose I could have in my life right now.”

If you meet Roy today, you would never assume that the optimistic, outspoken man once felt so hopeless. Now, he is someone that approaches each day with gratitude, and is confident in his abilities to handle whatever comes his way. He no longer feels as though HIV defines him, now it is just one part of his life.

“People plan for the worst instead of planning for the best,” Roy said. “I started to think that maybe I should just plan for the best. If it doesn’t work out then that’s okay, we’ll try a new path.”

To learn more about AFC’s board of directors, click here.

Categorized under Advocacy, AFC news, Chicago and Inside Story.