AIDS Foundation of Chicago's (AFC) top donors and supporters will be venturing to Ignite Glass Studios in the textured West Town neighborhood for this year's spring fundraising event, where we'll kick off our 30th year of service. IGNITE, named after the industrial venue, will feature an open bar, world-class fare and dancing. Guests will also enjoy live glass artistry and roof-top views of the city skyline.

The evening will honor two of our most loyal supporters, Michael Bauer and Robert Mink. For the past four decades, Michael and Robert have had an immeasurable impact on the fight against HIV and the battle for equality and LGBT rights. 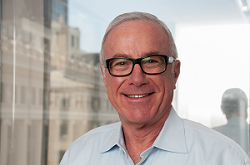 Michael Bauer has been a tireless leader in the fight for human rights and social justice. He is active in the Jewish, LGBT and women's communities through local, state and national organizations. His diligent work in government relations has protected the rights, health and dignity of the LGBT community and others affected by HIV. As an AFC Board Emeriti member and past Board Member, Michael has helped secure funding for AFC's innovative prevention programs. Thanks to Michael's influence, public officials have honed a better appreciation for the disproportionate impact of HIV/AIDS on LGBT and other vulnerable communities. Better education and a deeper sense of compassion translates into action by officials who might not otherwise have joined AFC's calls for governmental interventions in the AIDS fight. Michael's efforts to create a more just and equitable society have been recognized on a local and national level. Michael's pioneering advocacy and trailblazing history have made possible our community's recent accomplishments on a range of LGBT and HIV public policy issues. Michael will receive AFC's Civic Leadership Award. 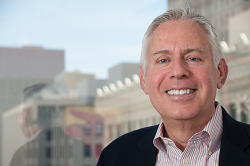 With more than 35 years of corporate legal experience, Robert Mink spent the majority of his career at Whirlpool Corporation, where he held positions such as Chief Legal Officer in Europe, Vice-President & Associate General Counsel, and Global Chief Compliance & Ethics Officer. Robert co-founded the Whirlpool Pride employee network and was instrumental in bringing domestic-partner benefits and other LGBT equality measures to Whirlpool. Retirement has not slowed him down in the least. As an active volunteer, Robert contributes hundreds of hours in free legal assistance to the AFC and other non-profit organizations, including many AFC partner agencies. Robert's volunteer hours have a significant impact on the AIDS response in metro Chicago, leading to sound business decisions, administrative savings and ultimately improved outcomes in the reach and scope of HIV-related services. We thank Robert for his enormous gift in time and talent to advance the region's fight against HIV/AIDS. Robert will receive the Lori Kaufman Volunteer Award.

We hope you will join us in celebrating their achievements — learn more about IGNITE here.