In conversation: AFC's housing leadership shifts in a promising moment for housing and health care

At the end of September, Arturo Bendixen retired from his role as the executive director of the Center for Housing and Health, a supporting organization for the AIDS Foundation of Chicago that has focused on innovative housing models to shift the landscape of supportive housing in Chicago and across the U.S. Art worked at AFC and the Center for a combined 13 years. Taking his role as the Center’s executive director and as associate vice president of housing at AFC is Peter Toepfer, a seasoned leader in the Chicago-area housing sector and until recently the director of housing for the Center. AFC joined Art and Pete in conversation about the past and future of the Center — and the changing landscape for supportive housing systems in Chicago. 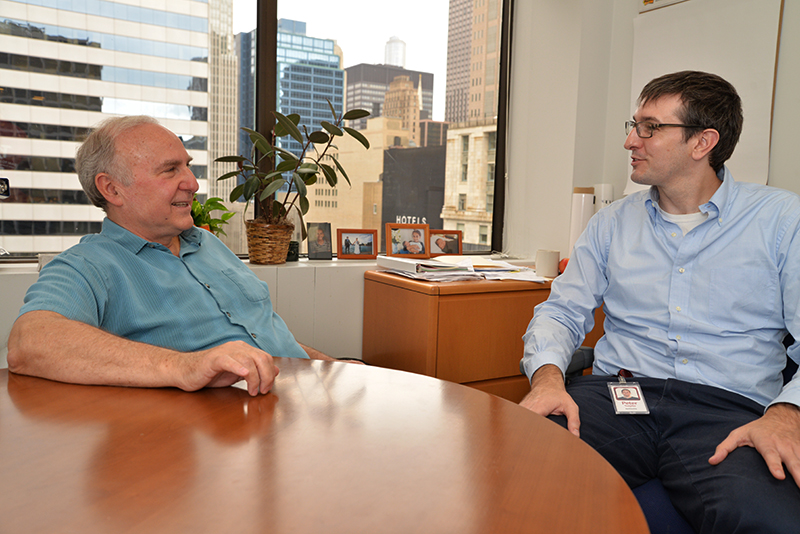 AFC: When did you first meet Pete, Art?

Art: I met Pete for the first time when we were in the parks [for] the 100,000 Homes Campaign. We were interviewing people sleeping in the park; he and I ended up on the same team.

Pete: I was working at Northside Housing and Supportive Services at the time (formerly Lakeview Shelter); I was a supervisor but also carried a caseload of people who were in permanent supportive housing. That was how I got involved with different projects with the Service Providers Commission [a collaborative working group among many supportive housing providers in Chicago].

Art: Pete joined us at the very beginning of the Center for Housing and Health. The Center was created because AFC’s work on housing through the Chicago Housing for Health Partnership had gotten national attention, and we thought it would be good to have a separate, supporting organization that could focus on housing and health issues and went beyond HIV/AIDS. The Center complements what AFC’s Housing program is doing, but it’s also going beyond it. I think one of the reasons Pete is now the Center’s executive director is because he was able to keep up with not only housing issues, which he was familiar with, but started learning a lot about health care reform like I was.

AFC: What inspired you to apply for the position, Pete?

Pete: I think that, first and foremost, I feel very connected to the work that we do here.  AFC has a unique way of being both an organization deeply rooted in mission, but also a really great place to work. I also saw a distinct need to help bridge some of the gaps that had developed between AFC and the Center, and because I was here when it first started and as it developed I thought that I could bring some of that perspective to unifying the way that we operate together, but also remaining two separate entities.

Art: Pete is really pinpointing what's at the heart of not only the Center and AFC, but a lot of what's happening in health care reform: If we are going to get better health outcomes in the U.S., and if we're going to lower our health care costs, which are way out of control, we’ve got to pay attention to the social determinants of health. Those are keeping our health outcomes down and our costs up. And, of course, housing for the homeless is a key health determinant; we have the data on it. And in the last few months, all of a sudden the insurance companies, the hospitals, county health are all saying, "OK! Let's start doing projects together to reduce health care costs related to homelessness."

Pete: To Art's credit, he laid a lot of the foundation for this to happen through community-wide councils and gatherings and strategic plans bringing people who helped to craft policy to make decisions. Art has been a shameless promoter for housing for the healthcare sector for a long time, and a lot of his efforts are really starting to blossom as [he's] retiring.

AFC: When you look back on your legacy with the Center and AFC, what is your proudest contribution?

Art: I would say the CHHP Study was kind of the culmination back then in the early 2000's because it showed, scientifically, what many of us knew anyway [about the impact of housing on health outcomes]. The Affordable Care Act really made it gel as far as bringing two sectors together, housing and health. Back then, the health care world was saying, "Fine! But we aren't going to give you any money because we get paid every time we hospitalize somebody." Now, that’s different. 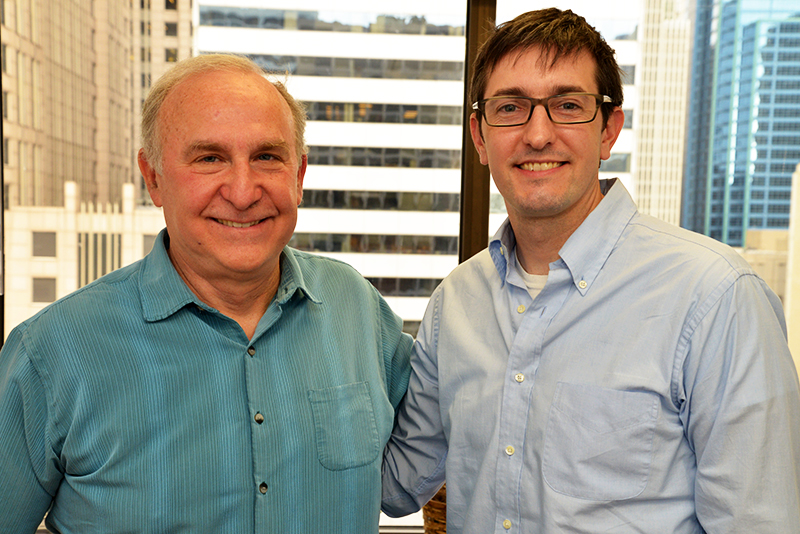 AFC: Pete, what’s something you learned from Art that you’ll incorporate into your new role?

Pete: I think there are three pieces. One is, Art is a great historian, and with any good historian comes good storytelling. You need to be able to tell the story of what’s happening, and often times that’s for an individual person or family.  In order to help persuade, in order to help people really be moved you need to touch their heart. Art can tell that story. He also understands that you can’t just tell stories because then they’re just stories. You need to have data to back up what that story represents. Finally, there’s his systems-level focus: Art knows we can do the work for individuals all day long and we are going to change lives with each person that we house and that we keep in housing, but until we start to address the structures that keep bringing more people into the system, sometimes at a rate that exceeds how quickly we house them, then we’re like hamsters on a wheel and it doesn’t make sense. That’s part of why he convenes people, tells those stories, brings the data to bear and really tries to make a difference for a larger system.

Art: Over the years (not for as many years as I have because I’m a little older than he is!), Pete has built relationships with a number of the executive directors and program directors from our partner agencies — and now in the health care world — and that’s key. In this position, the professional relationships make it happen. We kind of learned from each other, Pete and I, so it was a good partnership in many ways and in some ways it’s going to continue but in a very different way.

AFC: How will you continue to support this work in your retirement, Art?

Art: I can never stop doing this kind of work, so I will continue to be supportive of an agency like the AFC and its Center. I will continue to bring the key players together, support strategic planning and research efforts, and be able to tell stories.

Categorized under AFC news, Housing and Inside Story.