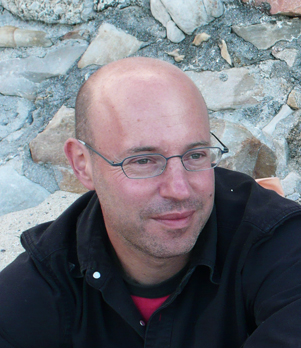 As a journalist and an author, Jonny Steinberg has covered a wide swath of issues in his homeland of South Africa.

But when he delved into the HIV/AIDS epidemic in his 2008 novel “Sizwe’s Test: A Young Man’s Journey Through Africa’s AIDS Epidemic,” it was Steinberg’s most intimate work.

Steinberg will be lecturing at Northwestern University’s Medill School of Journalism for World AIDS Day on Dec. 1. His talk, "HIV/AIDS in Africa and Beyond: The Story the Media Missed," will begin at 4 p.m. in the McCormick Tribune Center Forum, 1870 Campus Drive, on the Evanston campus. It is free and open to the public.

To write “Sizwe’s Test,” for a period of about 18 months, Steinberg commuted from Johannesburg to a rural village in west South Africa to immerse himself in the lives of his subjects — the young shopkeeper Sizwe Magadla and a doctor named Hermann Reuter. In doing so, he explored the question of why people with HIV were not seeking effective and accessible antiretroviral treatment.

Steinberg, 41, is now a professor of African studies at Oxford University in Great Britain. His latest book, “Little Liberia: An African Odyssey in New York City,” was published earlier this year.

He recently took a few minutes to connect with Inside Story to discuss the language cloaking HIV/AIDS in South Africa, magical protection against stigma and what needs to happen in order to provide treatment for those who need it.

What follows is an edited transcript of that conversation:

Inside Story: Did you explore HIV/AIDS issues in South Africa as a journalist?

Jonny Steinberg: I didn’t look at HIV as a journalist. As a journalist, I looked at the police and the constitutional courts. But part of the reason I wrote the book — I mean, there were many reasons — but one was … the way all media covered HIV was to put it into its own special language, which was a numbed, deadened language. So, the whole country would be talking about HIV but not really talking about it at the same time.

One of things I hoped to do was to bring it to life by discarding this very tired, very tranquilized language in which people spoke about it and to try to connect it to real life. I think that numbed language is a way of escape, a way of distancing. It’s a very eerie feeling to get a sense that a country thinks it’s talking about something when it isn’t.

IS: And that’s what motivated you to write “Sizwe’s Test”?

JS: That’s part of it. You know, so much death, and especially young death, I just felt it must be changing the fabric of life in fundamental ways. And yet you could read every newspaper in the country, front to cover, and you wouldn’t know how it was changing the world. I guess because people were very fearful and did not like to confront illness or death, especially such a stigmatized illness. Part of what I was trying to do was to ask what was happening in everyday life that resulted in the epidemic. I just didn’t know.

IS: Can you give me an example of this “numbed language” you’re talking about?

JS: There are many examples but let me give you one. There was a very famous young black talk show host (known as Khabzela), a household name especially among young black people. And he tested positive and came out on national TV, which was an incredibly brave thing to do. And yet the manner in which he talked about living with HIV was  very passive, very formulaic, when behind the scenes he was in fact not taking his ARVs. He was looking for alternatives cures, he was going to quacks.

And to me, it was just a very tragic and graphic illustration for how one can develop a language that is supposedly about death and supposedly about honesty and, in fact, be concealing and running away at the same time.

IS: One thing that struck me when reading the book, was that when we talk about stigma in the United States, it’s probably both similar but also very different than what it looks like there. How do you perceive the stigma to be different in the two countries?

The nature of stigma is South Africa is very closely associated with that. That’s one of the things that got to the former President Mbeki, when he said there is no connection between HIV and AIDS. I don’t think he could accept that he fought all his life to liberate the country, only to find that it was very ill.

IS: Is homophobia part of the stigma there?

JS: Generally, AIDS is not associated with homosexuality. The vast majority of transmissions are heterosexual and people know that, so it isn’t part of the stigma.

IS: Have you been personally affected by HIV in some way?

JS: You know — very, very little. Ironically, when the AIDS epidemic emerged, I was considered to be in one of the highest risk groups. I was gay, young and single. And yet, very, very few people close to me in my world are HIV-positive. When I set out to write this book, I went to one of the deepest rural areas in South Africa and there the prenatal prevalence rate was up to 30 percent. Literally, everyone knew somebody close to them who had HIV — whether they knew it or not, whether they denied it or not. Where it had been on the periphery of my world, I walked into a world where it was everywhere.

IS: The book conveys the stigma is connected to these ancient cultural traditions, almost magical beliefs —

JS: In a way, I think the cultural beliefs are protection from stigma. Everybody knows the disease is sexually transmitted. Everybody knows that. But there is great shame in spreading it. It’s associated with too much sexual desire, with promiscuity … And believing you may have acquired it through magical means is really a protection against that stigma. It’s saying it’s not my fault, it’s my enemy’s fault who gave it to me through occult means.

IS: When you talk about the “numbed language” is that the shame aspect of stigma playing itself out in the media?

JS: Everyday language is not numbed at all. In everyday language, people who have HIV are blamed for it in quite nasty and satirical ways. Women in particular are blamed for being sexually greedy, accused of having too many partners. It’s known that people talk like that informally, but it’s also known that it’s not nice to talk like that. … You have two languages inhabiting parallel universes but not touching each other really.

IS: To some extent, that happens here, too. Do you think there’s something distinctly South African about that?

JS: No, not at all. I wouldn’t be surprised if that’s all over America.

IS: The science has moved much faster than our cultural abilities to effectively provide treatment. This is a big, general question, but how can we become more effective at providing treatment to people who need it?

JS: Well, we’ve made a lot of gains in the last few years. In some ways, we’ve moved pretty quickly. The big question now is there’s now incontrovertible evidence that putting people on ARVs early is one of the best preventative measures we have. It causes viral loads to plummet. …

The question is whether we can do that. Increasingly, in most places in the world, we have the system and the infrastructure capacity to do that but the big remaining question is money and where’s it going to come from. At the moment, the world is in financial crisis. Budgets are being cut. A lot of it boils down to commitments — the Obama administration’s commitment, other developed countries’ commitments — that’s probably the biggest question right now.