Living with HIV — and without stable health insurance 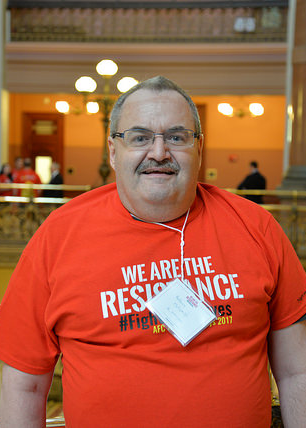 So begins the achingly poignant memoir The Year of Magical Thinking by Joan Didion, an exploration of love and loss, grief and resilience. In October 2005, it was the book I was reading when I received a call from a specialist who had recently conducted a procedure ordered by my doctor; the news was not good. I was informed that he discovered Kaposi sarcoma lesions. In addition to the cancer, it was likely I was also HIV-positive.

A brief phone call changed my life. Yet, on that balmy afternoon when I hung up the phone, all I could think of was how I could compose myself enough to commute and teach my three-hour evening class. The first of what I came to call my “Didion Magical Moments.”

Despite facing health challenges, I was fortunate in being employed and covered by a group health insurance plan. It is impossible for me to imagine how I would have been able to get treatment otherwise – both illnesses were quite expensive. With the benefit of a close contact, I was able to navigate finding an HIV/Infectious Disease specialist treatment. I considered myself fortunate. My HIV was undetectable by the start of 2006 and I was cancer-free by the start of 2007. I took the doctor's advice to “ live my life.”

My health has dominated my life since my dual diagnosis, and my “Didion Magical Moments” from 2007 reflected greater general concerns – the meltdown of the economy, lack of affordable health care and the housing market collapse to name a few. These elements would unleash a fury in my personal life.

Early in 2012, I was abruptly terminated by my employer of 26 years. Aside from retaining counsel to fight the charges against me, at January's end I entered the ranks of the nearly 49 million Americans living without health insurance. I had no income, COBRA – the health insurance option provided after losing employment – was prohibitively expensive, I was fighting for unemployment, I was in bankruptcy protection and I feared losing my home. Never in my life had I faced so dire a situation. Plus, I knew nothing of the AIDS Drug Assistance Program (ADAP) or the services that the AIDS Foundation of Chicago (AFC) provides. Between my primary care physician and the pharmacist in his clinic, I was able to successfully appeal for an assistance program through the pharmaceutical companies so that I never missed HIV medications. I wasn't, however, as successful in monitoring other chronic conditions – notably those related to mental illness.

For nearly two decades, I had been successfully treated for depression, but my quarterly maintenance with my psychiatrist was a luxury I could no longer afford. My primary care physician was providing me with professional samples of antidepressants, but ​his supplies soon ran out. He changed my medication to a similar one, and by summer I was on 3 different drugs. It was clear I was falling into a giant rabbit role.

The hole opened into the John G. Madden Mental Health Hospital in Hines, IL. Before the Affordable Care Act (ACA), this is where psychiatric patients without insurance in the city and suburbs were housed. For seven weeks, this was my home. It was horrible, however, it was not Cook County Jail or the county morgue: two very real options. Here, I earned another dual diagnosis – late onset bipolar disorder and hepatitis C. At discharge, I was instructed to report to the Ruth Rothstein CORE Center.

My intake at CORE was a blur. I was a rat in a maze sheltered by a kindly case manager who held my hand as I met my “team.” In pre-ACA days, CORE was one of the limited options for non-insured, HIV-positive patients to seek care in Cook County. In the period that I used CORE, I felt humbled, ashamed, depressed, but mainly determined to continue my fight to live a happy life. 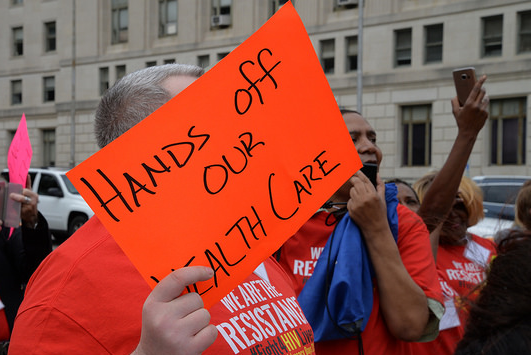 One of the best relationships I established at CORE was with my case manager; she was an angel. I told her in 2013 that I'd made two goals for myself for 2014. First, to be more active in LGBTQ communities and, second, to be insured.

The first goal was easy enough: I became active with AFC during that period. I have since volunteered at Advocacy Days, safer-sex condom kit parties, Pride Fest and Dance for Life. I have always enjoyed my participation in AFC events. All volunteers are treated respectfully and are made to feel as though their contributions are important to the fight against HIV/AIDS.

The second, however, required a bit more work — and recall that my brain was still recovering from the 2012 trauma. As the ACA was being rolled out, it was criticized for confusion. I was dogged. Research and writing had been my life's work, but I was struggling with concentration issues and focusing on the nuances of the ACA were balm for my soul.

Website doesn't work? Call the toll-free number. Operator tries to enroll you in Medicaid, but your income places you outside of eligibility? Demand private insurance and subsidies required to pay premiums by the exchange.

On January 1, 2014, I was a card carrying Blue Cross Blue Shield (BCBS) of Illinois member thanks to the ACA-created health insurance marketplace. Gratefully, I was eligible for the subsidies that would help me cover my premiums. Now, I had the choice of remaining at CORE or using any BCBS provider. However, I decided to wait a year because on Jan. 1, 2015, after having achieved a 2-year anniversary on SSDI, I would become Medicare-eligible.

I have returned to my primary-care physician from 2005 who, within one appointment, had me approved for Harvoni treatment. Now, I am no longer living with Hepatitis C.

The greatest asset to having private insurance — be it the ACA or Medicare — is that your practitioners are able to give you personalized and customized care. As I reflect on the past five years, paying the greatest attention to the stressors that led me to come undone, being uninsured was near the top of the list. As that group of House Republicans gathered with Donald Trump in the Rose Garden a few weeks ago to "celebrate" the passage of the American Health Care Act, a bill that will no doubt be detrimental to those facing HIV/AIDS, I grew steely in my resolve to work as hard as I did in 2012 to stay well, but to work smart.

Millspaugh is a retired educator who now volunteers with the AIDS Foundation of Chicago and other area organizations.

Categorized under ADAP, Advocacy, Health insurance and Inside Story.