My father’s journey to get his wings 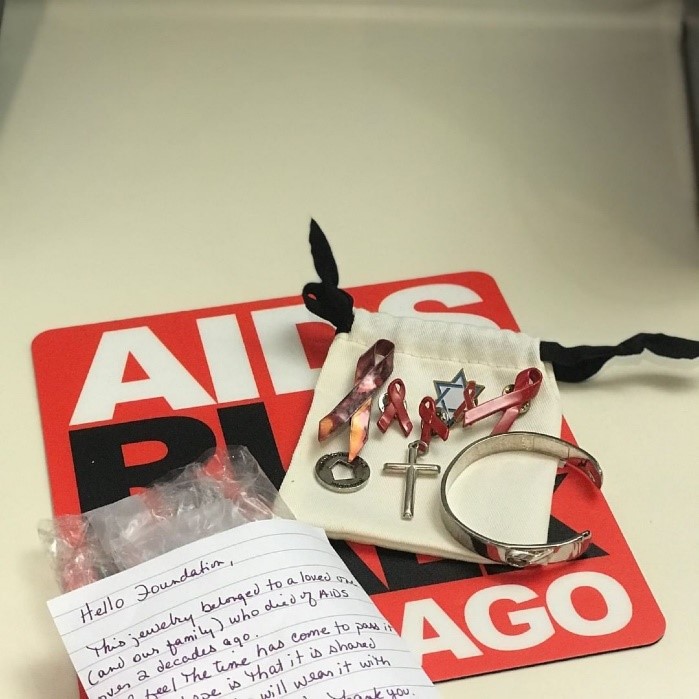 AFC received a packet in the mail in May 2018 with AIDS ribbon lapel pins and a beautiful, hand-written note. We followed up to find out more. Here’s a story from a young man about his father and how the pins arrived at AFC.

An eye doctor by profession, a friend to many, a husband, an uncle and a father. My father was a man of many titles, but I only knew him by one: my dad. He was a sweet, gentle, loving father who left a legacy of two children before departing from this world due to AIDS-related complications.

My father’s journey with HIV began on Dec. 25, 1990. A few weeks prior to his diagnosis, he began feeling “off” and had the doctors run some tests. Eagerly awaiting the news, he instructed them to call as soon as they had some information, which so happened to be on Christmas day. I was 2 years old at the time and focused on all the things a typical two-year-old focuses on: food, presents, naps and love from my parents. All I could see when I looked at my dad was the hero I believed him to be. He wasn’t sick, he was just dad, or so I was convinced. It wasn’t until a few years later that I would understand the magnitude of what this disease was and how it would affect my family for the rest of our lives.

For four years, I watched as the body of the man that gave me life deteriorated and ate itself from the inside out. Our world suddenly became very small. Because of the ignorance and lack of knowledge that came from the AIDS epidemic in the 90s, our suburban Chicago neighbors outcasted us and friends’ parents forbade me from playing with them due to the irrational fears that were sparked once they found out what our family was going through. Our support team was small, but impactful and powerful, to say the least. Despite the disease that plagued our home, my parents rallied to create a loving, abundant home for my sister and me. Then the day came, and he departed from this earth.

It wasnʼt until 2015 when I started hearing him speak. I was sitting in a ceremony in the Andes Mountains of Ecuador when you came to me, dad. It was here that everything started making sense. The anger that I had held on to for so many years was released and I got to see clearly how present youʼve been in my life.

Throughout the whole process of our family creating a panel for the AIDS memorial quilt, you were with us.

When I received the acceptance letter into university, you were there.

When I graduated from university and took a job in Los Angeles, you sat right next to me in the passenger seat as I made the cross-country road trip.

When I quit my job to pursue my passion of surfing and traveling, I could feel your support the whole way.

From the days spent meditating and studying yoga in the depths of India, I could feel your presence all around me.

From the car accident that left me stuck in a bed and unable to walk for close to a year, you gave me the strength to power through.

The day I almost drowned while surfing in Portugal and there was no one around to help — you were there the whole time guiding me safely to shore.

As I continue along my path, creating a life filled with love, joy and abundance, your presence is here more than ever.

Your body may have left this earth, but the thing that matters most, your soul, is something that is still very alive to do this day. I feel your presence constantly guiding me as I 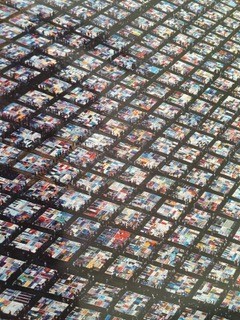 navigate this human experience, just as you once did. Youʼve been there for me through the hardest of times, and youʼve seen me flourish in the best of times.

God may have taken your physical body way too soon, but he did one better: gave you wings and made you my guardian angel. Thank you for being my angel, dad.

Today I am left with an infinite amount of gratitude for the father Iʼve always had. The one that has lived inside my heart and has guided me through some of my lifeʼs hardest decisions.

A few weeks ago, my mother came across a set of pins that were gifted to us through our work with the AIDS Foundation of Chicago back in the 90s. The idea of holding on to them crossed my mind for quite some time, but I heard from you that it was time to pass them along. Weʼve passed them along with the intention that they may find a new home and provide someone in need with the comfort of their beloved. May they be a reminder of the bodies that may have prematurely left this earth, but of the many great souls that still live within each and every one of us.

*Not the storyteller’s real name