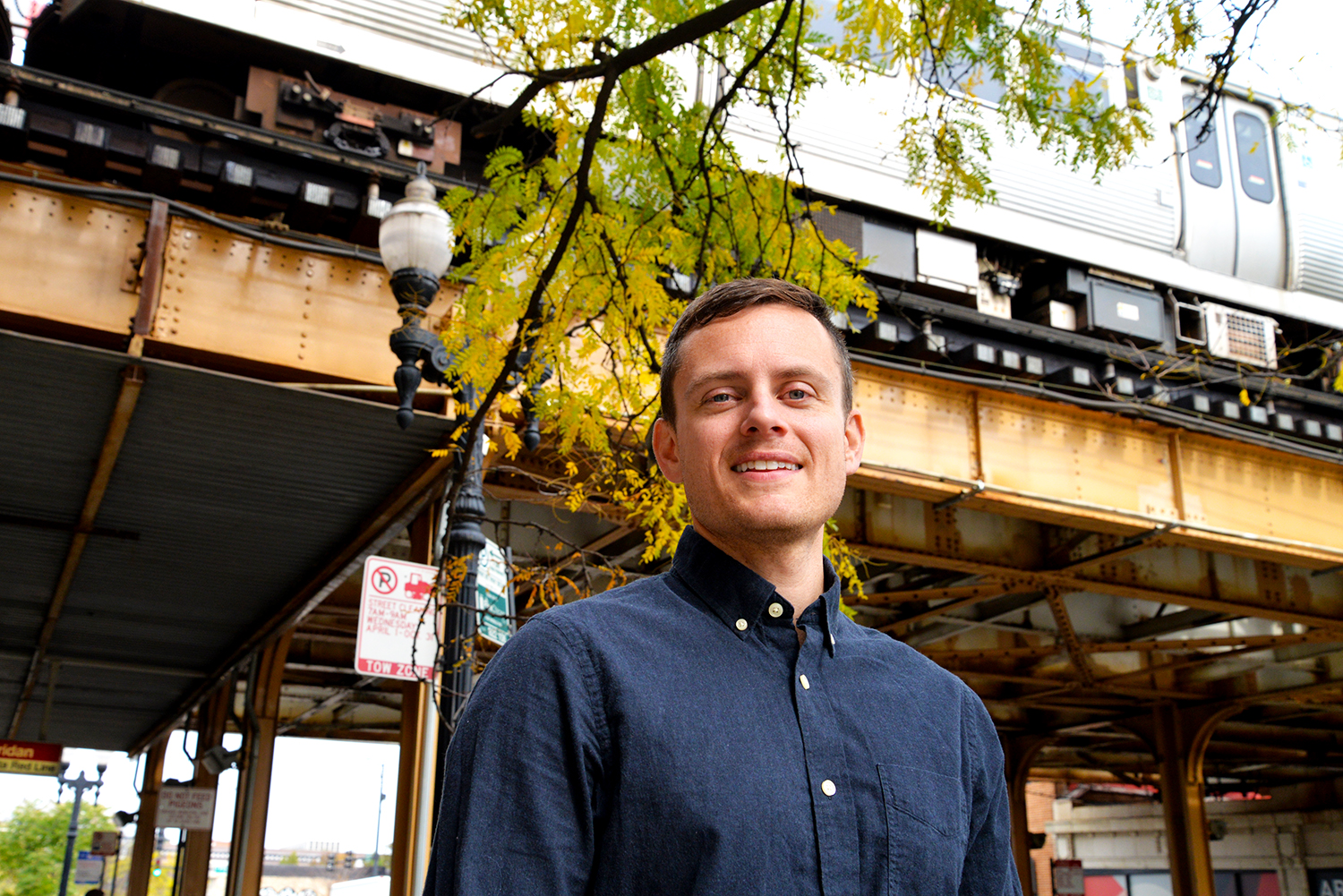 Jeff Tomlinson is what you might call a “normal guy.” He was born and raised in rural Illinois; he has worked as a teacher in the U.S. and in other countries; he goes out and dates and volunteers. But he worries about things that some don’t have to worry about: as someone living with HIV who depends on vital, threatened programs like ADAP, he knows that his health care future is uncertain.

For many, health insurance is provided by an employer, but Tomlinson needed to leave his job as a teacher — and potentially leave his health care in the lurch. “I was in a pretty tough situation in my old school. I was really stressed out, and my body was telling me it wasn’t right.” He gathered some information and discovered that Illinois’ AIDS Drug Assistance Program would be able to help him start his new career in real estate and not have to worry about health insurance.

“I met with Marina Kurakin at TPAN, and she explained all my options around ADAP and the Illinois Marketplace.” His health insurance is now secure, but he still feels uncertainty around it. “I want to make sure I have the financial ability to take care of myself. [People living with HIV] have higher rates of cancer, and if I got that, I want to be covered. I don’t ever want to not be able to take my pill every day.”

He’s grateful for ADAP and the services provided by and fought for by Chicago’s health advocacy community. That’s part of the reason he chose to give back to the HIV community this year by joining the TEAM TO END AIDS (T2) and training to complete a half-marathon in September. “I needed something to commit to during this transition in my life. I wanted something to help me get involved beyond the race.” He saw a poster for T2 in a Starbucks he frequented and joined. Tomlinson ended up raising more than $1,200 for T2 and the AIDS Foundation of Chicago — and he also met some great people along the way.

The other reason he joined T2 was to continue his passion for standing up, speaking out and ending the stigma around HIV. Tomlinson describes himself as a “safe sex poster-boy” in his twenties; he spent time handing out condoms at LGBTQ events and talking about ways to protect yourself. That’s why, when he was diagnosed with HIV at 31, he was shocked.

“After I got tested, the tester came back and said I was positive. ‘That’s not true; there’s no way! I told him. ‘I always use condoms.’ I was taken out of my body for a moment; I was very calm. But then I got into my car and started bawling.”

The next day, Tomlinson met with an HIV case manager who shook him out of his shock, his fear, his depression. “He said to me, ‘You gotta make a choice today: are you going to be ashamed of it, or are you going to go forward and live your life and be proud of you are and not let it hold you back?’ Well shit, that was an easy choice!”

Tomlinson slowly began telling more and more people about his status. He spoke about his status at a large event in the Castro District in San Francisco. He came out — as gay, as person living with HIV — to his students at his school. “Everyone has their own gifts to provide, and mine is being comfortable and open about my status.”

As “normal” as Tomlinson may be, he knows about discrimination, too. Back when he was teaching in Texas, he applied for a job that sounded like a dream — more money, better school. But after the school made him a job offer, the school ghosted, without explanation. Tomlinson thinks they found an article about his HIV status in search engine results and were scared off. “I think I just got discriminated against,” he recalled sadly, frustrated. But then his mood shifts. “If I can’t be all of me, then I shouldn’t work there. I just let it go. But dammit, some people aren’t going to get jobs at that school because of their HIV status.”

The future of health care in the U.S. is uncertain, and Tomlinson worries about how those changes will impact him as he transitions into real estate. But that worry is balanced out by volunteering for AFC, writing and videoing for a blog he’s started, going out with MeetUp groups across Chicago, and telling his story.

Categorized under ADAP, Chicago, Inside Story and Special events.