World AIDS Day is approaching fast, and what better way to spend it than seeing one of the pop culture events that helped make many people aware of HIV in 1996? Artists Giving Back is putting on a production of RENT on Tuesday, Dec. 1, in honor of World AIDS Day, and to benefit the AIDS Foundation of Chicago (AFC). 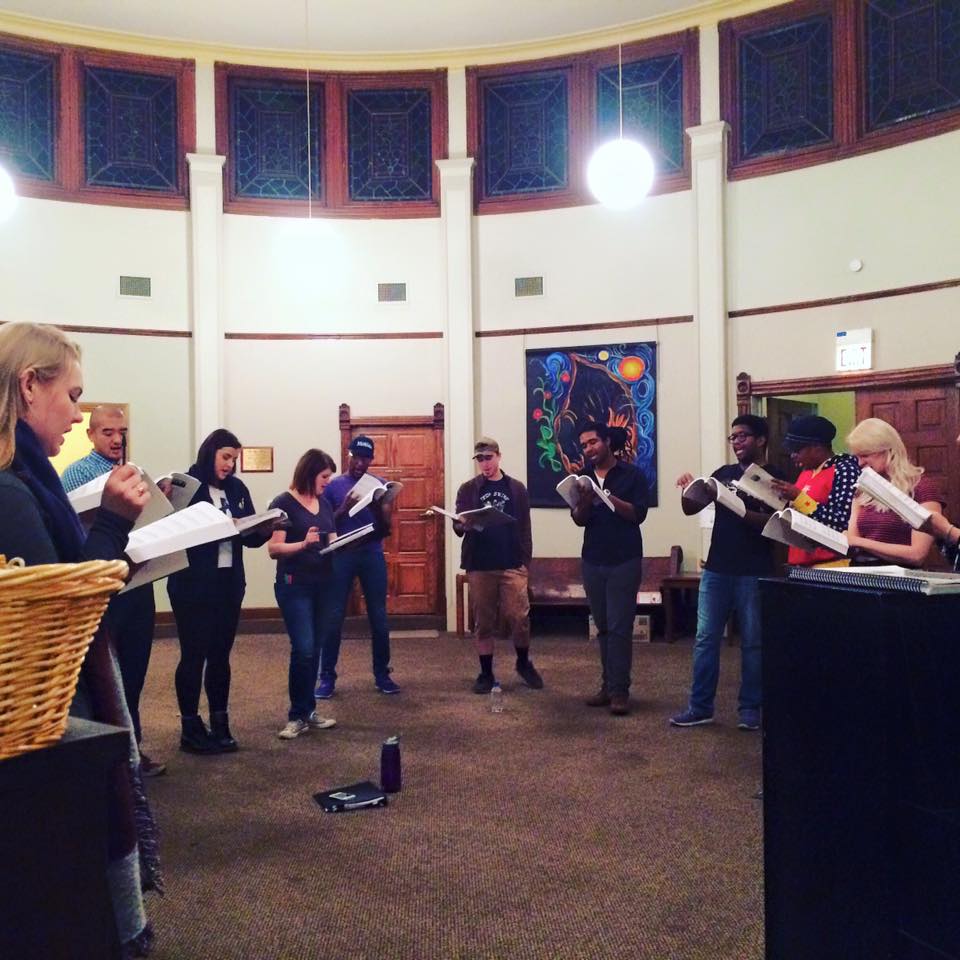 Artists Giving Back was started by Peter Ruger and Justin Callis, and this production of RENT is their first major production. Ruger has been involved with AFC for several years as a TEAM TO END AIDS marathon runner, which influenced his decision to use RENT to benefit AFC. “It’s great because it’s three things I really believe in: art, giving young performers a chance to perform, and raising money for AFC,” said Ruger. “When people donate to us, they’re donating to all these things. They’re supporting young artists getting a chance to share this awesome show with an audience on World AIDS Day.”

Callis explained that part of the reasoning behind the founding of Artists Giving Back was that the Chicago theatre community has supported so many performers, and what it was missing was an opportunity for artists to give back to the community that helped them.

“RENT is such a beautiful, meaningful show for so many people that we thought it was a fantastic place to start our company,” he said. “RENT was my first exposure to the AIDS epidemic, and listening to the way that Jonathan Larson transforms pain into such beautiful, soaring memories has really been so influential in both the AIDS community and the theatre community.” 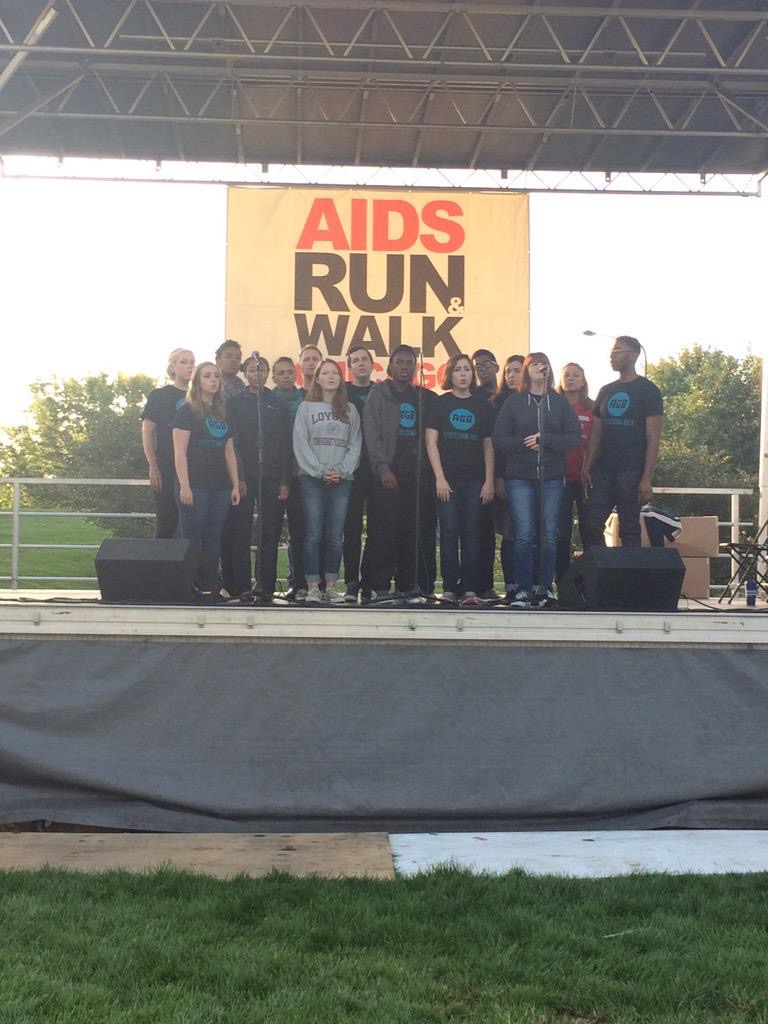 In addition to helping raise awareness of HIV among the estimated 950 audience members, this show has also informed the way some of the cast members think about HIV. Says Katelyn Renze, who is a junior at Columbia College Chicago and plays Mrs. Cohen and other ensemble parts in the show, “I actually sit there now and think about AIDS, and how many people it affects. We were told how many people in Chicago alone have AIDS, and it blew my mind.”

Larry Trice, who also plays multiple ensemble roles in the show, has been more involved in the Chicago HIV community as a member of the community advisory board for Chicago House, but becoming involved in this show has inspired him to take action in other ways. “I’ve always been pretty invested in the cause, but doing this show has really brought to my attention how many people don’t know things. So it’s just inspired me to get other people started with learning about the HIV/AIDS epidemic.”

Overall, both Ruger and Callis hope that audience members will find the show moving, and that it will inspire them to take action on World AIDS Day in the future. Says Callis, “We think it’s a fantastic match for the AIDS Foundation of Chicago and Artists Giving Back to work together for World AIDS Day 2015. One of the things I think is so important and beautiful about RENT is how it presents a community of artists, and it really shows you a pantheon of people from all walks of life, from all communities, and it shows you that when you bring these people together in a place like New York City, or in a place like Chicago, you end up with a community and a family and a bond that can be truly deep and meaningful. And we want this production to be a celebration of the communities that we are interacting with.”

Tickets for this one-night-only production of RENT are now on sale at artistsgivingback.org.