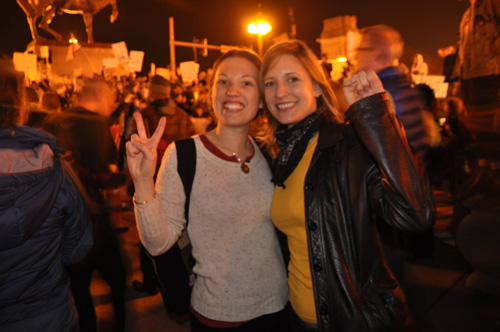 It was probably just a matter of time before the Occupy political movement and the AIDS Foundation of Chicago (AFC) crossed paths.

The Occupy Wall Street movement has spread like a prairie fire throughout the United States and beyond -- from the streets of Oakland, Calif., to Islamabad, Pakistan. And of course, it caught on right here in Chicago. Occupy, generally speaking, is about fighting injustices perpetuated by governments and "monied interests" that result in poverty, inequity, unemployment and oppression.

And the AIDS Foundation of Chicago fights for those living with and affected by HIV/AIDS, a historically marginalized and maligned population if there ever was one.

So, how did these two entities ultimately join forces? By court mandate, of course, but also by a commitment to social justice. After Occupy Chicago protestor Keri Peters was arrested on Oct. 22, spent 16 hours in jail and was sentenced to 10 hours of community service -- she knew where she was going to fulfill her hours.

Peters, 24, had a friend involved with AFC's Team to End AIDS fitness training program. And, as a student of acupuncture and massage therapy, she believed in the mission of advocating for better health.

"Some people still don't use condoms, despite all the repercussions," said Peters, as she assembled safe sex kits at AFC headquarters yesterday. "You have to take care of yourself. You only have one body."

Peters was arrested with about 150 other protestors, she said, and charged for "violating the peace" as they protested in Grant Park past city curfew. The police were professional and courteous, she said, and gave all Occupiers a choice: Leave or be arrested.

Peters, who had never been arrested before, decided to stay and face the consequences.

She had been drawn to the Occupy movement by her beliefs that widespread injustices permeated American society, such as an educational system she perceived to be broken and filled with false promises. Like many other Occupy protestors, she felt it was important to get arrested as a sign of solidarity in a movement that's still trying to effect major change.

"It was something I felt very strongly about," Peters said. "We're trying to be seen and promote knowledge. A lot of people don't even believe change is possible."

"I have nothing to regret," she said. "Everyone should be out there."

As it turns out, Time magazine announced today that it's Person of the Year 2011 is "The Protestor," an acknowledgement of the impact of worldwide protests, from Arab Spring revolts that overthrew governments to the Occupy movement.

So, we'll salute our own protestor, Keri Peters, for standing up for her beliefs and calling on others to do the same. She's completed her court-mandated 10 hours of community service. But it should be noted that some of us here at AFC feel she served the community plenty before she even got here. 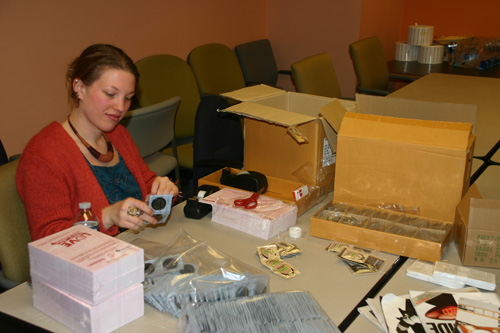