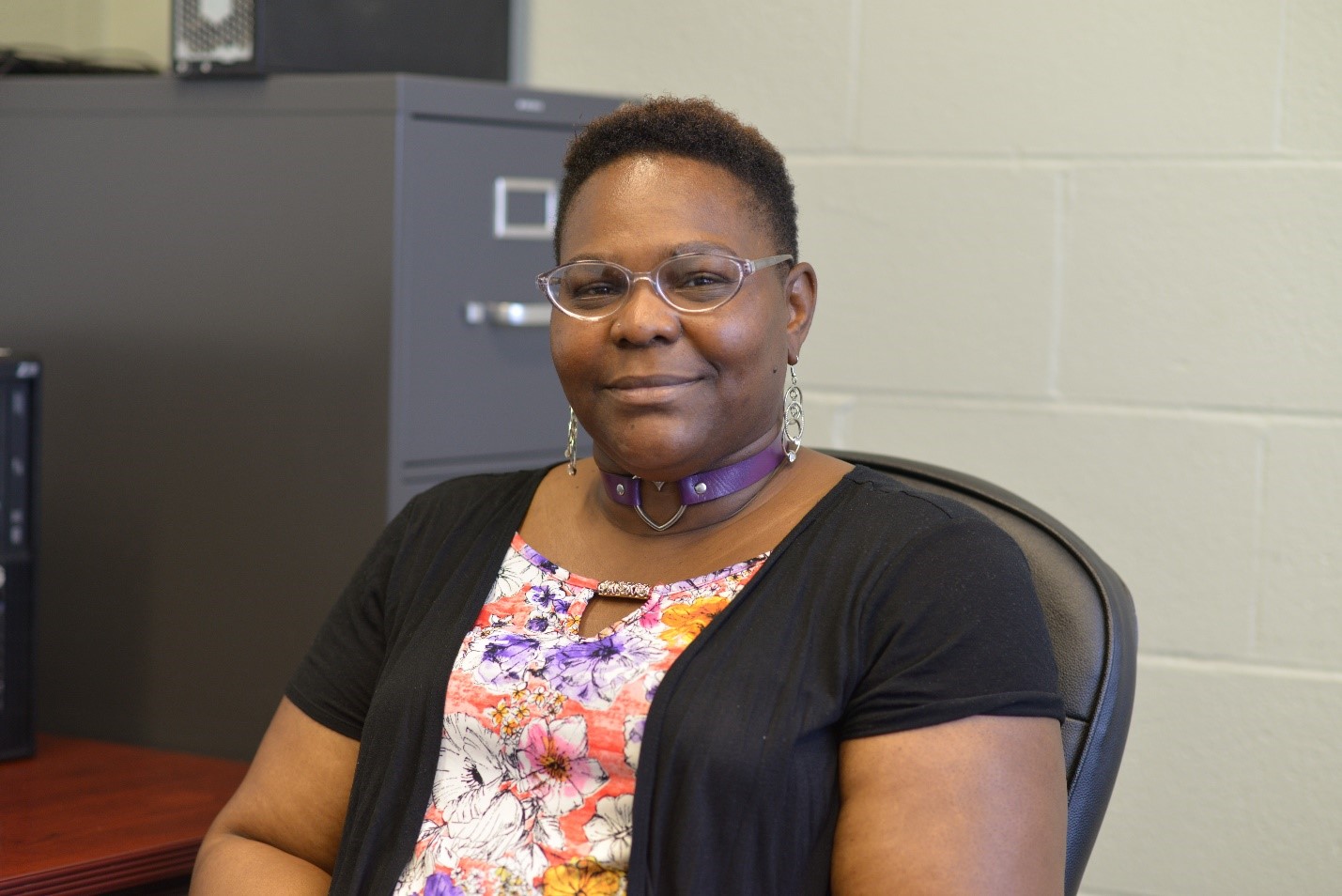 Hataria James is an outgoing, loving mother of 6 with a passion for giving back to her community. While she is in an incredibly stable place in her life right now, 16 years ago she would have never imagined where she is at today.

Hataria currently works at Men & Women in Prison Ministries (MWIPM), an organization dedicated to supporting the health, wellness and rights of justice-involved individuals, where she has been on staff for 2 years and a volunteer for 4 years prior. She made her way to Illinois from Florida in March 2003 when she decided she needed a change after having a number of run-ins with the law and serving a 5 ½ year prison sentence.

"If I would have stayed down there, I would have continuously been absent in my kids' lives and absent in my own life. I felt like I had no control over who I was until I got out of that situation," said Hataria.

She connected with her aunt who lives in southern Illinois to move in with her until she was able to get a place of her own. Within the next few months, she was able to land a job at a factory, get a car and move in to her own apartment. Everything was looking up for Hataria and she felt like her life was on the right track — that is, until tragedy struck.

"What led me to Chicago was another prison sentence that I got for aggravated battery of a family member and a police officer," Hataria recalls. "My cousin raped my 13-year-old … and I beat him. Before I knew it, the officer was hurt in that situation."

She served 3 ½ years in prison before moving on to a recovery home on Chicago's South Side where her life took another unexpected turn.

Once a week, an HIV tester from the CORE Center would stop by the house to offer free testing to residents. Getting tested was never something Hataria had considered before, but seeing these testers so frequently encouraged her to finally sit down with one of them.

"One day I was just like, 'Okay, let me go ahead and get tested'... When he tested me, he told me my test came back positive, so he sent me to the CORE Center," says Hataria. "Upon being sent to the CORE Center, I got tested again there and I started my antiretroviral medication. I've been on HIV meds since 2012."

Hataria found out that her CD4 count was at 200, just above the threshold for AIDS. She didn't have much time to process the new diagnosis, but she knew she had to do everything in her power to ensure that she was healthy for her kids. With this in mind, Hataria moved on to a different recovery home, Bonaventure House, located on Chicago's North Side where she lived among other residents who were also HIV-positive. This home offered more specialized support and resources for people living with HIV and other chronic diseases, which gave Hataria the confidence and control she needed back in her life. Part of that growth was due to her introduction to Russell Jackson from MWIPM, who became Hataria's case manager and eventually her mentor and friend.

"I got paired with the best case manager that I could possibly have," says Hataria. "I can go to him if anything is bothering me without bottling it up ... It’s good to have a good listening ear and a support team."

Russell specializes in corrections case management where he utilizes his knowledge of the justice system to frame his approach to Ryan White case management. This program, which is coordinated by the AIDS Foundation of Chicago, along with Russell’s guidance helped Hataria thrive, reinvigorated her and gave her a fresh outlook on life.

Hataria’s connection to MWIPM allowed her to build up a new, supportive network of people who understand everything she’s been through. She has now settled down in Chicago and feels that she is able to focus her energy on the things that make her happiest in life while setting an example for her children to follow.

"That one little prick of the finger determined my life, and I'm happy where I'm at because I'm healthy, and I'm undetectable," says Hataria. "It's been a long journey, but I needed that change. I had to grow up for my kids … to show them that that was not the life that I wanted to live. If I hadn't made that change, there's no telling where I would have been today."

Hataria is now living her life to the fullest and giving back to her community by providing resources for returning citizens looking to connect to housing, job leads and other basic needs. She also takes the time to connect with other Ryan White case managed clients to build a sense of community and let them know that they are not defined by their HIV status.