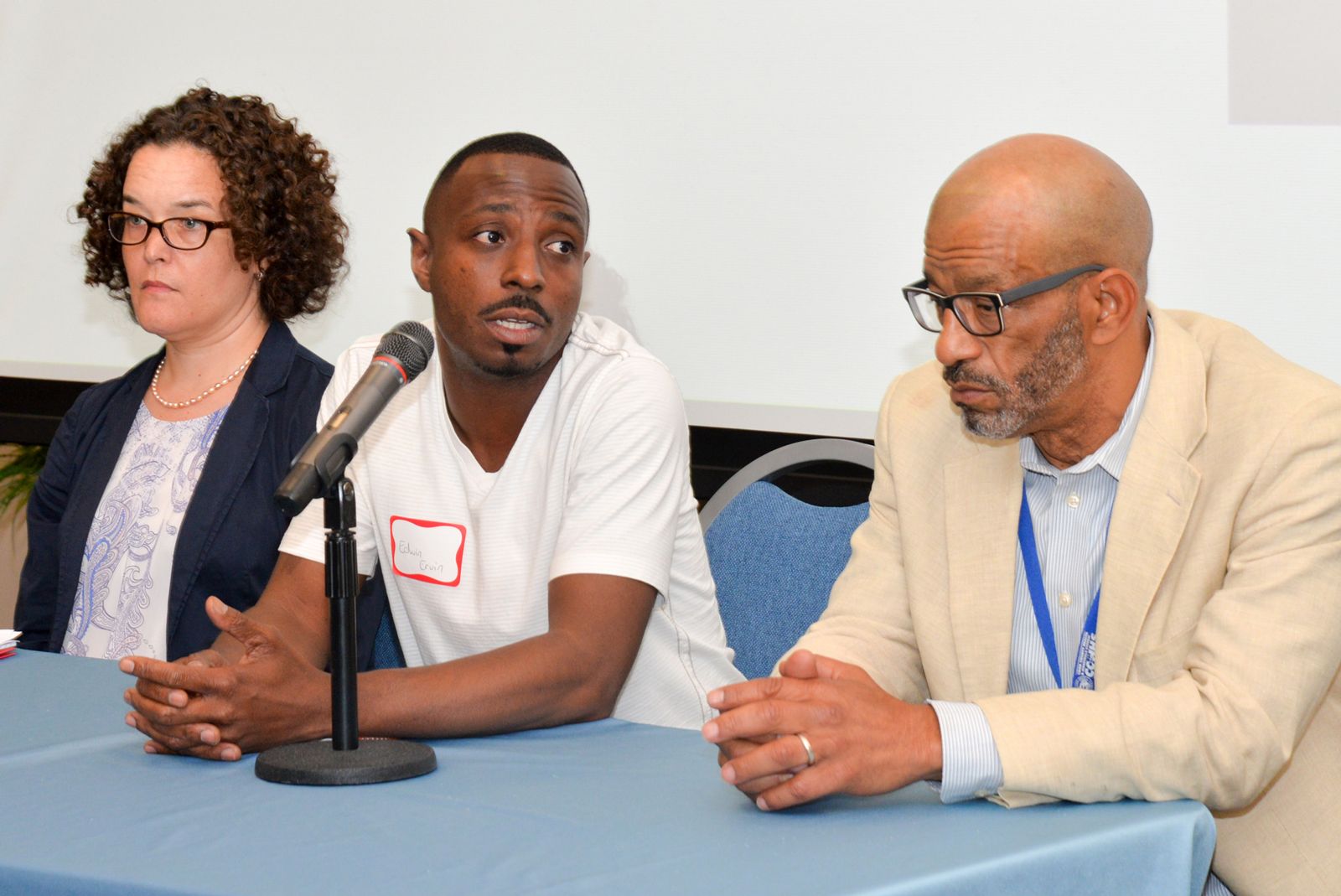 If you are on Medicaid in Illinois and have hepatitis C, be prepared to wait — potentially decades — for treatment. Illinois has a D-minus rating from the Hepatitis C State of Medicaid Access, the fifth lowest in the nation. Why such a low score? For one, Illinois Medicaid will only treat patients once they reach stage three or four of liver disease (the most advanced, life-threatening levels), at which point organ damage can be irreversible. Combined with the fact that many plans bar patients with a history of substance use, require abstinence or participation in a substance use program and frequently require hard-to-find specialists to prescribe a cure, Illinois is leading many Medicaid enrollees with hepatitis C to a future of unnecessary harm and preventable death.

Hepatitis C (also known as HCV) is a viral infection that causes liver scarring and inflammation. As HCV often has few or no symptoms, it can take decades before it causes the end stages of liver disease; many patients sustain permanent damage before they even realize they are ill. Left untreated, it ravages the liver, often leading to liver failure, cancer and death and is the leading cause of death among those with liver problems. An estimated 150,000 people are living with HCV in Illinois alone, according to the Illinois Department of Public Health (IDPH) and nearly a quarter of people living with HIV also have HCV, which causes faster progression to liver damage than in those not living with HIV.

Yet despite these frightening statistics, there is hope — HCV can be cured! Daily antiviral medications can cure over 90% of people with HCV within 12 weeks, with little to no side effects. It makes sense to treat everyone to avoid the costly treatment of liver disease, while saving countless lives that would otherwise be lost. Both the American Association for the Study of Liver Diseases and the Infectious Diseases Society of America recommend the full treatment regimen for all patients with hepatitis C, regardless of disease progression.

But if there’s a cure for this potentially fatal disease, why isn’t treatment provided to everyone? As with many things in Illinois, it comes down to cost. Initially, the treatment regimen was prohibitively expensive, upwards of $100,000 for Gilead Science's 12-week treatment plan and nearly $1,000 for a single pill. Yet as of August of last year, when Abbvie introduced Mavyret, this argument for refusing treatment began to fizzle when a newer version of treatment became available for about $14,000 for a three-month cure (though costs may vary, as the actual cost of treatment is usually confidential).

This painful denial of treatment, while knowing there is a cure just beyond reach, affects much more than the physical health of those living with HCV — it also weighs heavily on their mental well-being.

“When you see other people getting treated and you’re not being treated, it’s very hard on the spirit,” says Peter McLoyd, the consumer development and advocacy coordinator at the Ruth M. Rothstein CORE Center. “It’s difficult to give people hope when there’s no movement on easing the treatment criteria. Unless you are at stage three or stage four you’re basically out of luck.” McLoyd lived with HCV for years until he was able to get access to the cure — but that was through his employer-sponsored insurance, not Medicaid.

Studies confirm McLoyd’s perspective, showing that patients forced into deferring treatment have a high risk for anxiety and depression due to the uncertainties that come with a life-threatening illness. Patients cured of HCV report a tremendous improvement in mental well-being.

Dr. Oluwatoyin Adeyemi, an attending physician at Cook County Health and Hospital System, agrees that the state is failing Illinois residents morally, emotionally and fiscally by denying lifesaving treatment to those on Medicaid.

“It is effectively saying those who are poor do not deserve treatment until they have sustained severe liver damage,” says Dr. Adeyemi. “Restricting access to hepatitis C medications is not only a costlier approach, but an immoral policy that leads to unnecessary harm and preventable death among Medicaid enrollees.”

Thankfully, even today’s landscape of Medicaid HCV coverage is not as dire as it used to be. In 2016, the state backed off a policy to allow only the sickest of Medicaid recipients 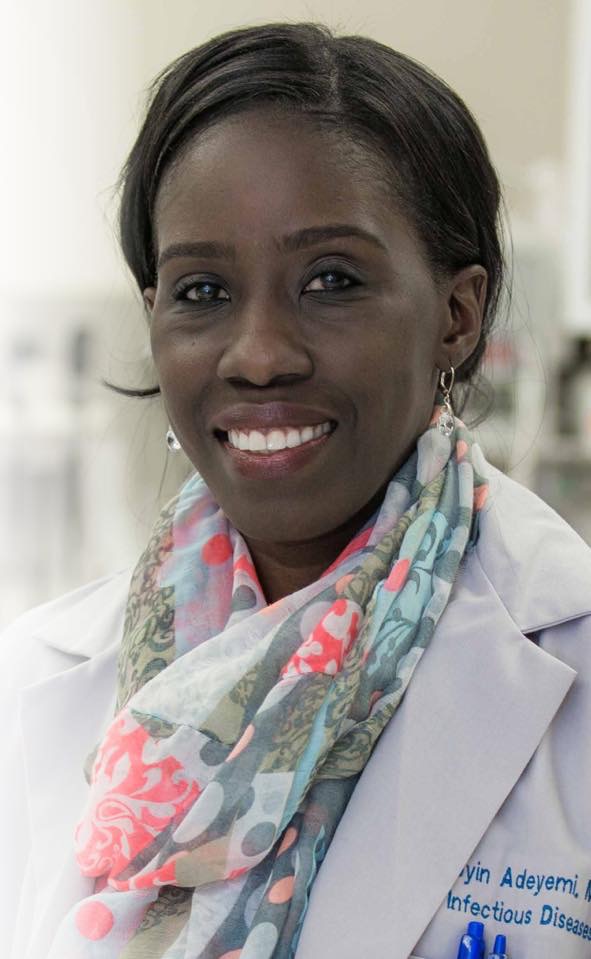 with HCV (those at stage 4 liver scarring) to be treated. Since this policy reversal, Illinois residents on Medicaid can receive treatment at stage-three liver scarring.

Yet there is more work to do — work that the AIDS Foundation of Chicago (AFC) and its partner agencies are tackling head on. In January 2017, AFC collaborated with agencies from the medical, public policy and governmental sectors to form the Hepatitis C Elimination Task Force, which is dedicated to removing barriers to treatment and creating systemic intervention strategies. In particular, the task force hopes to end HCV transmissions and increase access to treatment by exploring medication and treatment updates, barriers to drug access, policy revisions and changes to medication coverage.

In addition, IDPH created an innovative project through the Ryan White AIDS Drug Assistance Program, which provides low-income people living with HIV access to medications, to include five hepatitis C medications in the program. The project was open to those enrolled in the Ryan White program who had access to approved medications and ensured that clinicians were able to work with their clients and confirm they were prepared for treatment, both emotionally and physically, at all stages of disease progression. Since 2016, the program has successfully treated 220 dually infected patients and dramatically improved their quality of life, both physically and mentally. The project has been so successful that it is now part of the HIV continuum of care in Illinois.

“We’re hoping that by sharing how cost-effective curative treatment for HCV is, that it will prompt other care sources to be less restrictive in how they treat their hepatitis patients,” says Eduardo Alvarado, HIV Section Chief at IDPH.

Mr. Alvarado also stressed the importance of working with clinicians to empower them and their patients to make informed decisions about treatment and to allow patients to advocate for their own care. Just as importantly, IDPH also drastically increased the volume of HCV testing and screening programs throughout the state and linked those diagnosed to care.

We must continue this forward progress. The time has come for Illinois to improve its near-failing grade in HCV treatment access to those on Medicaid. The state must remove its restrictive policy and allow all patients fair access to life-saving treatment at all stages of disease progression. Yes, this a fiscally sound policy to prevent the costly lifetime treatment of chronic liver disease, but on top of that, saving and improving lives is simply the right thing to do.