Pioneer of the One-Third 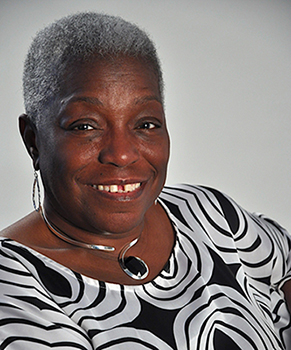 Rev. Doris Green understands the research: Nearly two-thirds of state inmates, she claims, return to prison within three years of their release. Though the recidivism rate in Illinois is high, Rev. Green is working to reverse this trend, and she’s doing it with award-winning care.

“Two thirds of the population always go back to prison,” said Rev. Green, director of correctional health and community affairs at the AIDS Foundation of Chicago (AFC), “but there’s not a lot of talk about the one-third who don’t go back. That’s who I’ve been working with for nearly 30 years: the one-third that gets released and becomes productive members of society.”

Making sure this one-third grows is vital to reducing the spread of HIV/AIDS.

At AFC, Rev. Green spearheads the Harm Reduction in Prison Coalition, which estimates that Cook County Jail returns over 65,000 people to the community every year, after an average stay of 50 days. Given that HIV rates are at least three times higher among prison populations than in the general public, reducing the recidivism rate is a vital means to slowing the spread of HIV.

Rev. Green focuses her passion on the whole individual, knowing that if people don’t have a purpose outside of prison, if they don’t have a function, a job, a means to support themselves, they’ll return to the Department of Corrections.

This can be exhausting work, but for Rev. Green, it’s energizing.

Despite decades of service, she speaks with passion and enthusiasm that might make one think it’s her first day on the job. That’s because she believes in her mission: to empower ex-offenders in order to prevent re-offending.

Most people exit the prison system with few possessions, very little money, and no place to go. Rev. Green connects these individuals with resources and helps them heal from the stigma of incarceration by linking them with meaningful work.

And she’s getting noticed.

United X Collaborative, a grassroots association that strengthens formerly incarcerated individuals, will honor Rev. Green with the 2013 Pioneers of the West Side Award on May 4 at Malcolm X College.

Though she’s a strong advocate withAFC, she’s receiving this award for her work with Men and Women in Prison Ministries, an organization she founded that provides spiritual and social services to people emerging from prison.

“Everybody in Men and Women in Prison Ministries is formerly incarcerated,” Rev. Green said. “My husband was incarcerated 29 years, so that puts me right in the mix of this prison population. But people are evolving from corrections. Some people actually get out and stay out and become fruitful citizens.”

Through her organization, she provides a means for new citizens—a term in lieu of “ex-offenders”—to stay connected with their incarcerated pasts while working to build a positive future for themselves and their communities.

The individuals who fight this injustice and provide services for people with criminal histories are often volunteers. Rev. Green loves that about the one-third because they don’t measure success with a paycheck; they measure it by the number of lives they touch. Rev. Green’s admiration for this model has turned into adaptation: She now measures the vitality of her charity with this rubric.

The answer: enough to get recognized.

Rev. Green said that she’s thrilled to receive this award and honored to be included in the company of notable figures in the field, such as Louis Farrakhan, a minister with the Nation of Islam, and U.S. Congressman Danny Davis (D-Chicago).

But she’s not just excited to bump elbows with bigwigs. Rev. Green is eager to share a meal with the people United X Collaborate serves, the formerly incarcerated population she works with every day.

They’re the catalyst for change, and their ideas carry the movement.

“The majority of this one-third are at tables trying to make a difference for those that are left behind,” Rev. Green said. “They’re going to be at this celebration dinner, and those are the tables where I want to sit.”