In the summer, it’s good to be LT and Vinny. While LT, 50, continues to work as an executive assistant (as well as a writer and cabaret performer) during Chicago’s hot weekdays, Vinny, 47, is able to relax after his exhausting school years as a private high school teacher.

And on Sundays, they have softball — not just America’s pastime, but theirs, too. 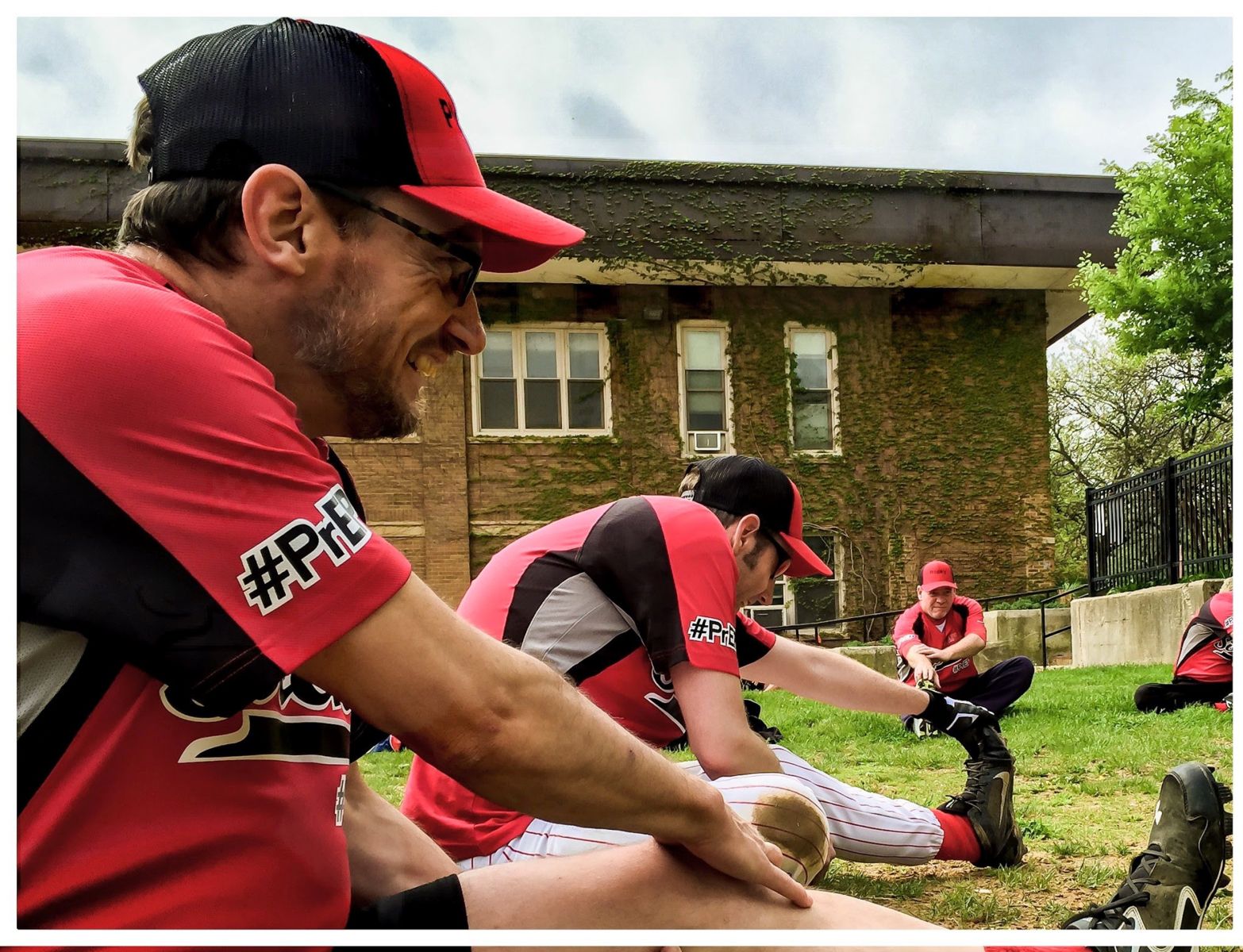 LT and Vinny are two of 17 teammates on the AFC Sirens, an intramural LGBTQ softball league that’s part of the Chicago Metropolitan Sports Association.

While LT and Vinny live in Chicago now, they met in 2007 in Palm Springs, CA, at a resort while Vinny was taking a break from visiting every baseball stadium in the U.S., a project that took him two years.

“It was intended to be a summer fling, but it ended up being … more than that!” mused LT. The couple married in California in August 2013 (and had a marriage ceremony before that, in 2011).

This is their fifth summer of softball. They joined a team with two other Chicago Gay Men’s Chorus members and later formed a team sponsored by the chorus itself, the Sirens.

“We are really aggressive about saying, ‘If you’ve never played softball before — if you’ve never played sports before — it doesn’t matter,’” said Vinny. “People who were told early in their lives, ‘you’re a theater kid; you’re not allowed in the sports world,’ never went back to that. But those people really enjoy this space [the Sirens] to try something different — and some of them discover they’re really good at it!”

“A lot of people, particularly in our age bracket, wrote off sports because they felt excluded by the hyper-masculine, locker-room stuff,” continued LT. “A few decades later, they discover they like team sports!” 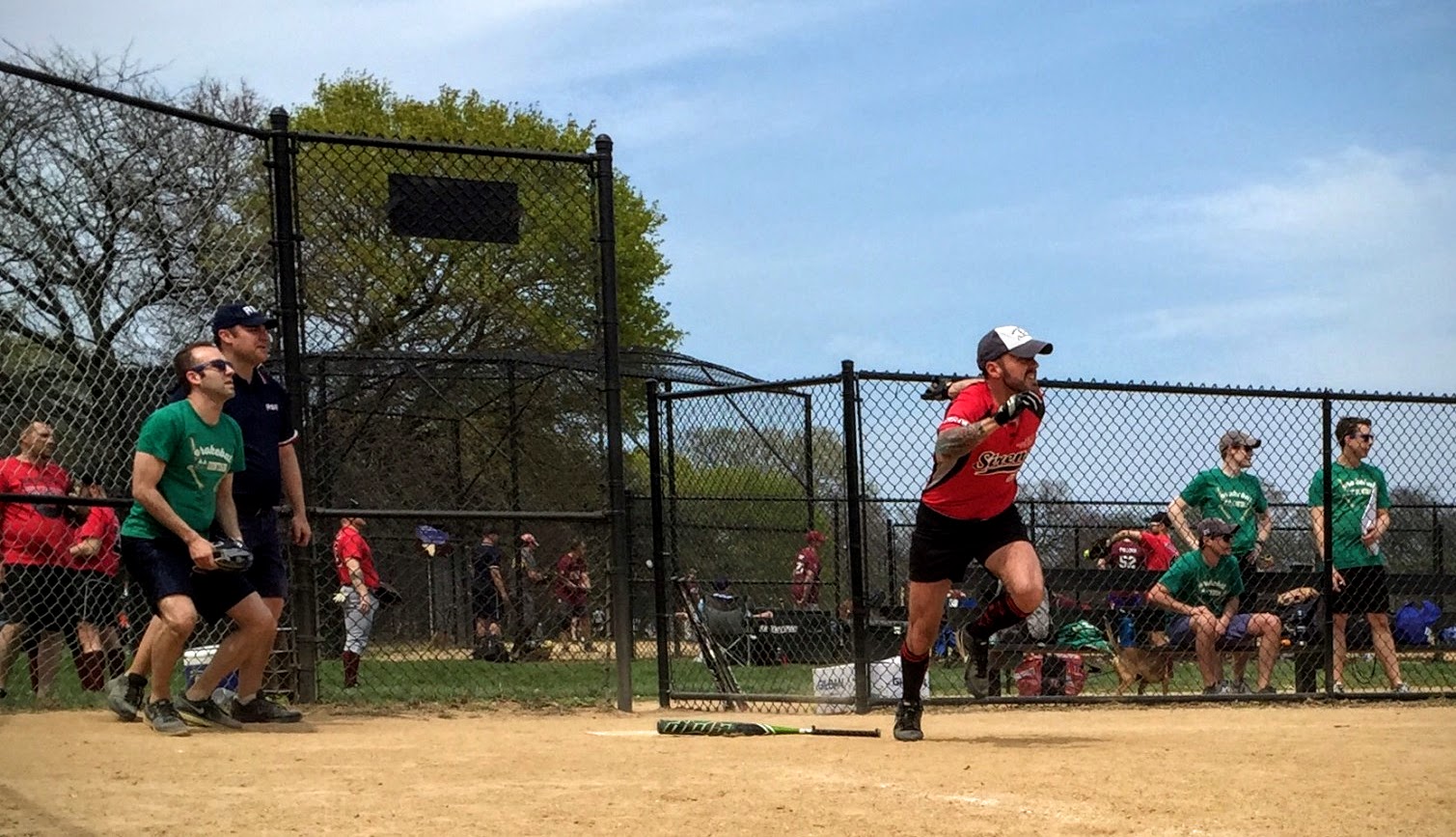 In 2015, the Sirens became sponsored by the AIDS Foundation of Chicago (AFC).

“We were stoked about the AFC sponsorship because we wanted the team to have a face that stood for something important,” said LT. “And Joshua [Oaks, AFC’s Digital Policy Manager and the team’s scorekeeper] really wanted to have PrEP as part of the mission, and we felt that mission fit really well in our team.”

In fact, many members of the AFC Sirens proudly take PrEP, a pill and a program to prevent new HIV infections, and talk about it with people who see the large “#PrEP” on their jerseys. And at one of the team’s preseason practices, Jim Pickett, AFC’s director of gay men’s health, gave the Sirens a brief lesson about PrEP.

“Hearing some of the advantages that PrEP offers gets you into a systematic way of thinking about your health — you see a doctor quarterly; you are being more proactive about your own health,” said Vinny. “That makes people healthier and helps them avoid getting HIV.”

Both men have been touched by HIV — in love and in life. LT and Vinny each lost a partner to AIDS-related complications; LT even wrote a musical about being with his partner who died called All That He Was.

Vinny contracted HIV in 1993. “I’ve been very lucky to be diagnosed right when the antiretroviral medications came out. I’ve been undetectable pretty much since I was diagnosed.” 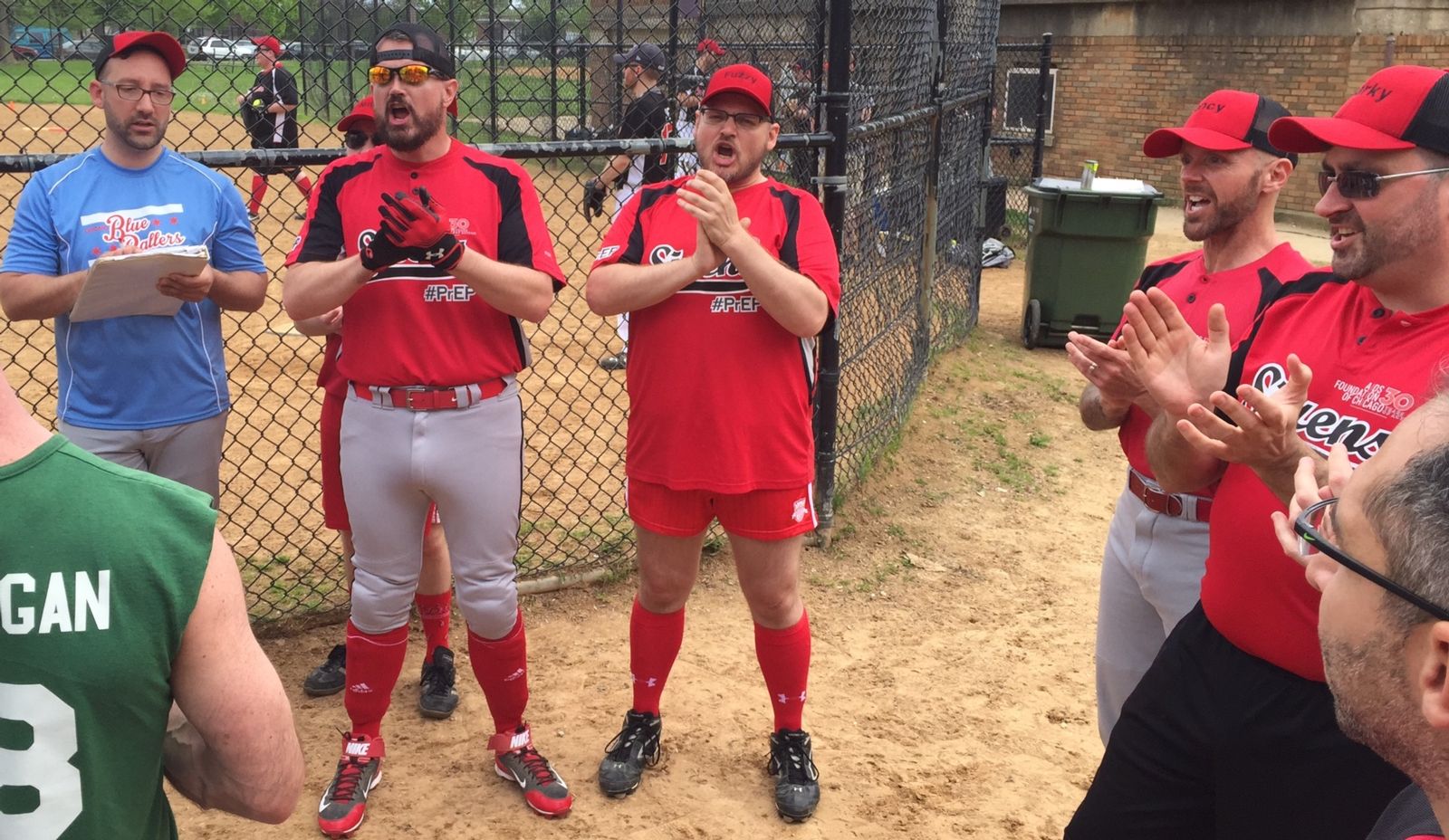 LT has been using PrEP for two years now. “My being on PrEP has taken the small weight that there was off my shoulders.”

Those shoulders now focus on swinging bats and throwing a softball in a north-side softball field each Sunday. The AFC Sirens will compete for first place in the playoffs this weekend; LT and Vinny are hopeful that the winning streak the team has experienced will help them pay off on Sunday.

“It’s not all about winning, but wining is better than losing!” joked LT.