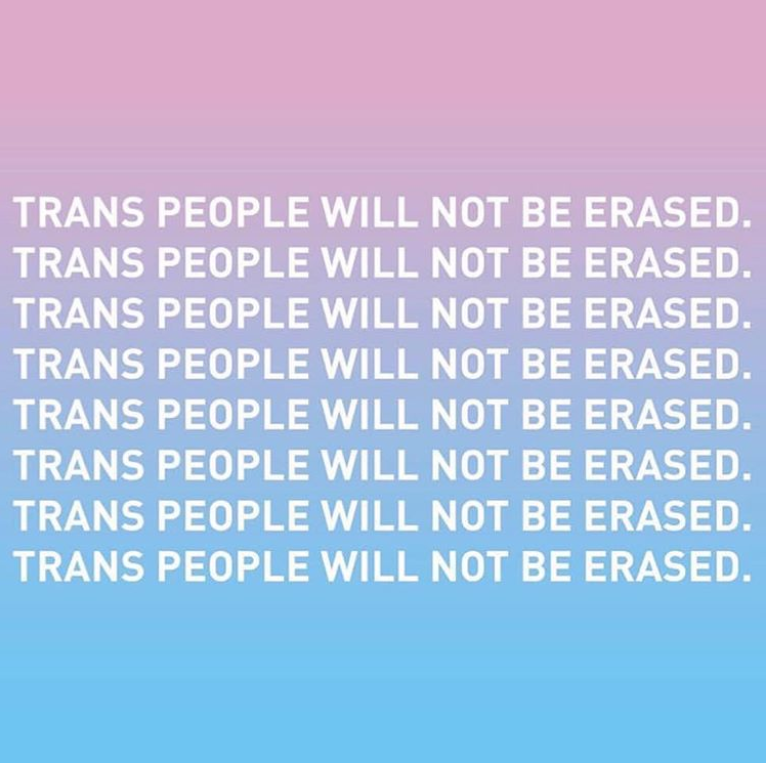 To co-opt the words of old Kanye, “Donald Trump doesn’t care about transgender people.” This president of the United States has put a target on the backs of our trans-kin, and we cannot be silent about it.

According to the New York Times, the Department of Health and Human Services (HHS) “is considering narrowly defining gender as a biological, immutable condition determined by genitalia at birth.” The article is based on a leaked HHS memo that is clear in its intention to erase the existence of the more than 1.4 million people who identify as transgender in the U.S.

This proposed definition is an abomination and further demonstration of the complete disregard that the Trump administration has for the humanity of transgender people.  It also runs counter to the many court decisions upholding the Obama Administration interpretation that “sex” includes gender identity in Title IX of the Civil Rights Act.

Pride Action Tank, like many of you, is appalled by this latest step back into the Dark Ages by the Trump administration. We bear witness to the reality of the transgender identity and to the humanness of transgender people throughout this country. We send our love to the local grassroots leaders, groups and organizations that are fighting for trans visibility and justice. We see you, Brave Space Alliance, Trans Liberation Collective, Transformative Justice Law Project, Chicago BTGNC Collective and others. Please support these groups.

On November 6, we have an opportunity to impede Trump’s ongoing attempts the deny the existence of transgender people and other marginalized groups. Let’s show Trump what America really looks like by voting.

Click here to find out where to vote early and your election day polling location.