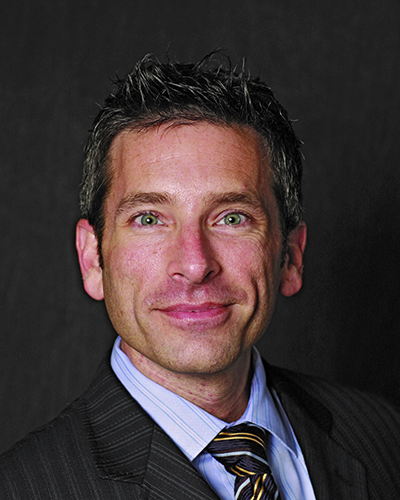 HIV criminalization has emerged as a major issue of the International AIDS Conference in Washington, D.C. this week.

Scott Schoettes, an attorney and HIV project director for Lambda Legal, was kind enough to answer some questions about HIV criminalization for the Inside Story blog.

Inside Story: In theory, these laws must have been originally created to prevent the spread of HIV, right? Why do the HIV criminalization laws fail at that?

Scott Schoettes: Many of these laws were actually enacted in the 1990s in response to a Ryan White Act mandate requiring that the state receiving funding have a means of prosecuting the intentional transmission of HIV, and many states did not recognize that their generally applicable criminal laws fulfilled that mandate.

Unfortunately, most of the HIV-specific laws that were written in response to this mandate prohibited many other types of conduct that did not require an intent to transmit -- or any intent to harm.  And because, under many of these laws, a person who engages in low-risk or even no-risk behavior and does not transmit (or even expose) another person to HIV is subject to the same penalties as someone who intentionally and actually transmits HIV, the punishment often is out of all proportion to the crime.

But overall these laws are ineffective because the criminal law is far too blunt of an instrument to deal with the variety, complexity and nuances of sexual relations between two consenting adults.  People's lives, emotions, and motivations are complicated; intimate relationships are complex and sometimes messy; and the "mating dance" in which we engage takes place on multiple levels, through a wide variety of verbal and non-verbal cues.

Why the state would think it is appropriate to invade those personal relationships, target one particular (already vulnerable) population/party, and mandate -- under threat of criminal prosecution -- an idealized view of what information should be shared, how it should be communicated and by whom within those intimate relationships, is the question we should be asking.  A punitive approach is all wrong in this context, and we should instead be employing a collaborative, public health approach to modifying people's behaviors.  Research shows that most people living with HIV want to protect their sexual partners and prevent transmission -- and we should be empowering them to follow those natural inclinations, not punishing them for minor missteps.

IS: Do these laws actually drive the epidemic? If so, how?

SS: They do.  First, they discourage testing and knowing your status.  You can't be prosecuted under these laws unless you are know you are HIV-positive -- so one way to avoid prosecution is not to learn your status.

Second, they encourage less responsible behavior on the part of HIV-negative people.  If there is a law that people think allows them to identify and avoid people with HIV, then they think that is a viable strategy for avoiding transmission and that they can stop engaging in safe sex.  But we know that approximately 20% of people living with HIV don't know they are carrying the virus, so even if these laws were 100% effective in creating disclosure (which they are never going to be), relying on them would still be an extremely poor strategy for staying HIV-free.

Third, the laws may actually discourage candid discussion and disclosure.  When people think they could be prosecuted and sent to prison if they have had sex without disclosing (or fear they could not prove disclosure), the incentive for subsequently revealing one's status or frankly discussing the situation with a counselor or healthcare provider is dramatically diminished.

IS: Everyone's familiar with the "AIDS monster" or the "HIV predator" stories that pop up in the media. Has it ever been actually proven in court that someone has intentionally transmitted HIV to another person?

SS: I am not aware of a conviction based on intentional transmission of HIV.  But if there is a rare instance of someone intentionally attempting to infect another person, here is the important thing to know: we do not need HIV-specific laws to prosecute that person.  If the state can prove that the person intended to transmit HIV, engaged in conduct that could transmit HIV, and did indeed transmit HIV, then a criminal prosecution could be brought under any number of general criminal laws.  Of course, the state would have to be able to meet its burden of proof for all of these elements before locking the person up for years -- but isn't that what we want, what our justice system requires?

IS: This is a hot topic in the HIV/AIDS field. But I don't think this issue is understood at all in the mainstream media or among most Americans. How challenging will it be to raise awareness of this? Is it more difficult to galvanize people's interest because the laws vary by state?

SS: We become involved in cases like Mr. (Nick) Rhoades's to shine a spotlight on the subject, and with the assistance of the media -- which I think is beginning to engage on this topic -- raising awareness where change is needed will not be the problem.  The real challenge will be to educate people about the actual routes and risks of HIV transmission, as well as the vastly different realities of living with HIV in 2012; to overcome people's tendency to demonize the minority  (in this case, people with HIV) and avoid taking responsibility for their own choices about sex and the risk it involves; and to get people to understand why these laws are ineffective, unnecessary and unjust.

And the laws are going to need to change state-by-state, so we don't need to galvanize everyone's interest at once.  The national organizations can't do this alone; we can provide support, but we are going to need state allies to get the job done in the state legislatures.  So it will be up to those local allies to figure out the strategy that will work best in their particular state -- to raise awareness among key populations, to develop a legislative strategy for repeal and/or reform, and to mobilize people to make those changes happen.  We have a lot of work to do -- and it's not going to happen overnight -- but we can get it done.

Read the story of Monique Howell, a former Army clerk who was charged with aggravated assault for not disclosing her status to sexual partner.

Read how the AIDS Foundation of Chicago recently led efforts to amend the HIV criminalization law in Illinois.