Recognizing a Champion of AIDS Housing 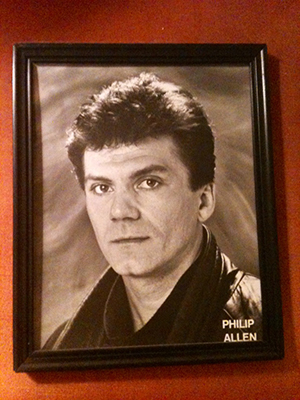 Philip Englert wants people to recognize him as he was in the 1980s. It’s understandable. He was strong, handsome; his face was chiseled, and he had a head full of thick, light brown hair.

Philip worked in many capacities on Chicago’s elite restaurant scene, and he loved it. Sharing delicious food and drink with great people was more than a passion, it was a way of life. But everything changed in 2002 when he was diagnosed with advanced-stage throat cancer.

This was the second major diagnosis Philip received in a decade. In the mid-90s, he was diagnosed with AIDS; however with adequate care and appropriate medication, he was able to manage his HIV.

But his cancer diagnosis was different.

Philip faced a decision few people can imagine. “Because I was severely aspirating, doctors said that they could perform a laryngectomy,” he recalled. “Or they could save my voice and insert a feeding tube in my abdomen.”

Philip opted for the former. He loved food and the thought of never tasting a meal again brought unimaginable pain.

For three years, Philip struggled with his condition and wound up on a path of depression, ending in 2005 with an attempted suicide. Philip was taken to a hospital, but that wasn’t enough to shake his despair. He was ready for systemic change and knew that he had to invest in it wholeheartedly.

Relinquishing his housing, Philip checked into a mental health hospital on Chicago’s North Side, where he was admitted for three months.

The man that emerged from that facility was different than the man that entered. It wasn’t the 1980’s version of Philip who returned to the world; it was the version that people recognize today: a bold man with a kind heart, warm facial features, and a smile that warrants a double take.

Despite his new appreciation for life, Philip could no longer work because he was only able to talk with a speaking device, leaving him in financial dire straits and relying on Social Security Disability Insurance (SSDI). His monthly check, however, was significantly less than it could have been.

Since Philip worked in the food-service industry, much of his income went unreported. Because SSDI is based on the amount of money one pays into the system, Philip’s disability benefits seemed disproportionately low compared to the money he earned through employment. 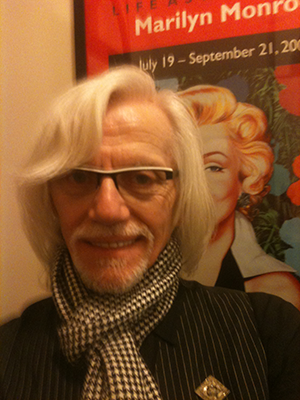 Philip needed assistance in affording basic necessities, such as housing, and in 2008, help came in the form of a subsidy.

Thanks to a partnership between the AIDS Foundation of Chicago (AFC) and the Chicago Low-Income Housing Trust Fund (CLIHTF), the city set aside 79 units of affordable housing for people with HIV, and Philip was given a place to live—a place he still calls home.

A portion of his monthly check pays his rent, but the lion’s share is covered by CLIHTF. What’s more, Philip not only receives subsidized housing, but he receives case management through the Ryan White care program and the Division of Rehabilitation Services, and he receives housing advocacy services through Housing Opportunities for People with AIDS.

Seven months after opening the door to his new apartment, Philip attended his first annual Chicago Area Five-Year AIDS Housing Plan meeting, convened by AFC, and every year since, Philip has been in attendance. Soon after, he became a member of AFC’s AIDS Housing Advisory Council, where he is currently chairperson. He also co-facilitates Tenant Empowerment Seminars, teaching people about their rights as a renter.

“Leading these seminars has been a great experience for me,” Philip said. “I’m doing what I used to do: customer service.” It’s a life he will always strive to live because it’s who he is—and no disease or physical condition can take that away from him.

Though he doesn’t have a larynx, Philip’s voice is strong and powerful.

“I’m looking for ways to give back to the AIDS housing sector,” he said, “because without it, I don’t know where I would be. I live on SSDI, and if I did not have the housing subsidy, God only knows what would happen.”

He has been stably housed for years and is finally getting noticed.