John Pizaña, the Promotor of the Salud y Orgullo Mexicano (SOM) campaign, uses his unique position to encourage and mentor other Mexican men living with HIV. 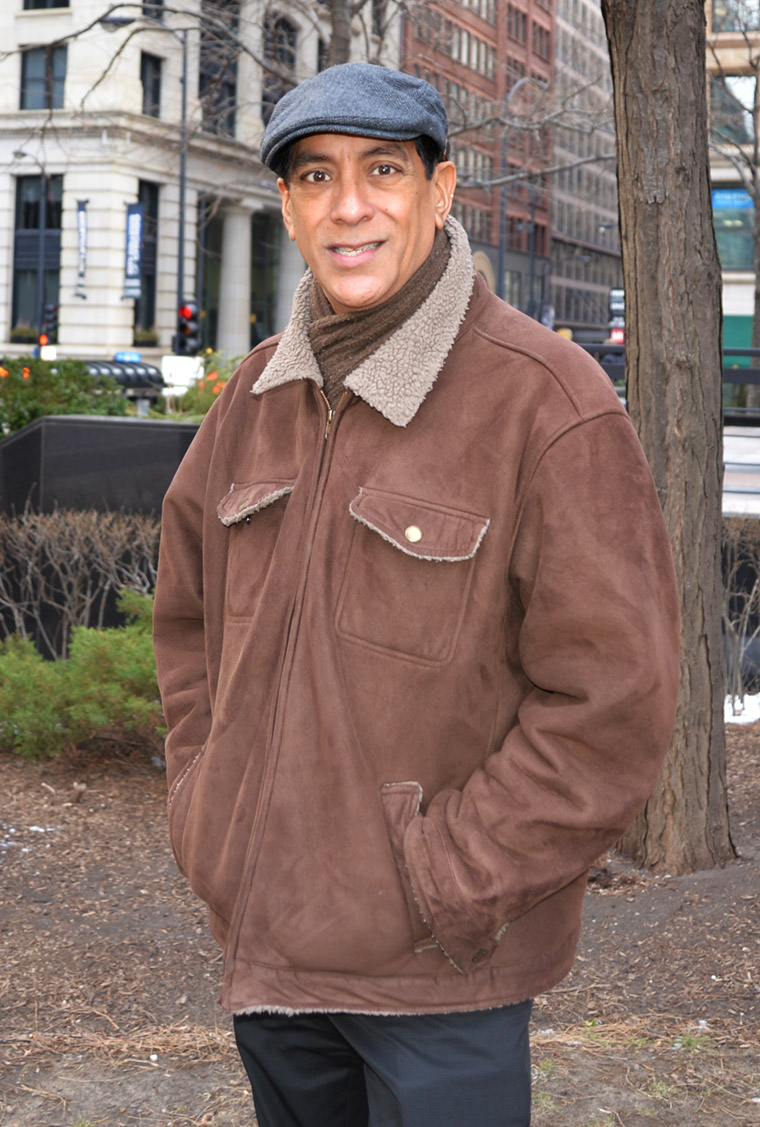 "We knew that HIV was something that was going to continue to grow."

In September 2014, John Pizaña accepted the position of Promotor of Salud y Orgullo Mexicano (SOM). The educational campaign's name translates to Mexican Health and Pride, and it was launched through a collaboration between the AIDS Foundation of Chicago (AFC) and Erie Family Health Center as an attempt to reach out to Mexican men living with HIV. After hearing about the purpose and goals of SOM, Pizaña's case manager immediately suggested his client for the position, highlighting Pizaña's experiences living with the virus and his passion for HIV education.

Pizaña immediately embraced the opportunity; it would allow him to help people living with HIV, something about which he has long been passionate. "I got involved because of the early 1990s when the virus was not even referred to as HIV, when it was predominantly AIDS." Pizaña is a native of Chicago's Pilsen neighborhood, and he remembers the directors of the local youth center where he worked losing friends to the epidemic. "They wanted us to learn and to get educated. It really broadened my horizons to want to know more about HIV."

In the months and years to come, Pizaña did learn about HIV, but in often devastating ways. "I saw my friends literally die, go from being a strong human to being a skeleton." Not only did people living with HIV have to contend with the physical consequences of the virus, they also faced many social and emotional consequences as well. Pizaña remembers how pervasive the stigma surrounding HIV was in the early 90s. "Back then, HIV was a really new illness, a plague that took over. Everyone was just in fear. Nobody wanted to be bothered with individuals with HIV. We weren't educated."

"When I first found out I was positive, it was a shock."

22 years ago, Pizaña's doctor informed him that he was HIV-positive. Pizaña became worried that people would treat him differently, wondering, "How are people going to look at me? Treat me? Are they still going to care for me because of who I am?"

For Pizaña, learning to live with HIV, rather than viewing his diagnosis as a death sentence, "was a five-year roller coaster, an emotional roller coaster."  However, a short conversation with a friend dying of an AIDS-related illness eventually changed Pizaña's outlook on living with the virus.

"My best friend, who had AIDS, said, 'Don't allow this to control you.' I didn't understand what he meant that day, but that kind of stood out to me. One day, I had this AHA moment: HIV is a part of me, but it does not identify who I am as a person." Pizaña's experiences made him want to help others diagnosed with HIV, and he now devotes his time and energy to spreading a message of self-acceptance to his clients living with HIV.

"Sometimes, as individuals, we think that no one knows what we're going through and that we're alone on this big globe."

Because Pizaña struggled with fear and guilt after being diagnosed, he often understands what his clients are feeling. Pizaña is sometimes the first mentor living with HIV his clients have met, and he willingly shares his personal experience with them, ultimately building relationships on trust, mutual understanding and affirmation. "I always hear individuals say, 'You have no idea what I'm going through because you're not walking in my shoes.' When I meet with them and tell them I know exactly what they're going through, it makes them feel really, really comfortable."

The trust that Pizaña builds with each of his clients helps make the SOM program more effective. SOM aims to reach out specifically to Mexican men living with HIV because they are disproportionately vulnerable to contracting the disease compared with white Chicagoans. The five-year project is funded through the Health Resources and Services Administration’s Special Projects of National Significance division.

Roman Buenrostro, AFC's director of special projects, including the SOM campaign, and one of Pizaña's supervisors, says, "John goes above and beyond the call of duty, making sure he allays all fears his clients may have about HIV primary care. He is a great resource and a compassionate provider for his clients."

While the program dictates that Pizaña meet with each participant for 5 one-on-one educational sessions, the relationships he has built extend his reach beyond presentations on medication adherence and disclosure. Because participants feel so comfortable talking to Pizaña as a peer, they often "ask questions they normally wouldn't ask a health provider." Pizaña answers these questions openly and honestly, even referring them to a doctor if necessary, because he knows that "once they get educated, once they really learn what HIV is, they will say, 'This is not who I am.'"

"In due time, you can pick your head up, look to the horizon and see that the sun is shining."

Pizaña hopes that each of his clients will eventually "understand that HIV is not something they should allow to consume them," but he recognizes that this realization will take time. In the meantime, he guides them toward this understanding by creating a safe space for his clients to heal.

"In the Mexican culture, it's a disgrace to be gay. When they have to carry that, being still in the closet, being secretive, being told all their life that it's a moral sin and then they find out they're HIV-positive, it's really a double whammy. The Mexican culture is so prideful, and they're scared to tell their families."

To counteract this influence, though, Pizaña reminds his clients that they have people in their lives who truly care for and love them. "I tell them, 'If I asked your friends, they're going to say you're funny, you're humorous, you're caring, you're grumpy, whatever. That's what defines you, not your health status.'"

Ultimately, Pizaña's goal is simple: help the individual. "I know I can't save everyone. If I can just change at least one person, just help one person feel comfortable in their own skin, then my job is completed and it's all worth it."