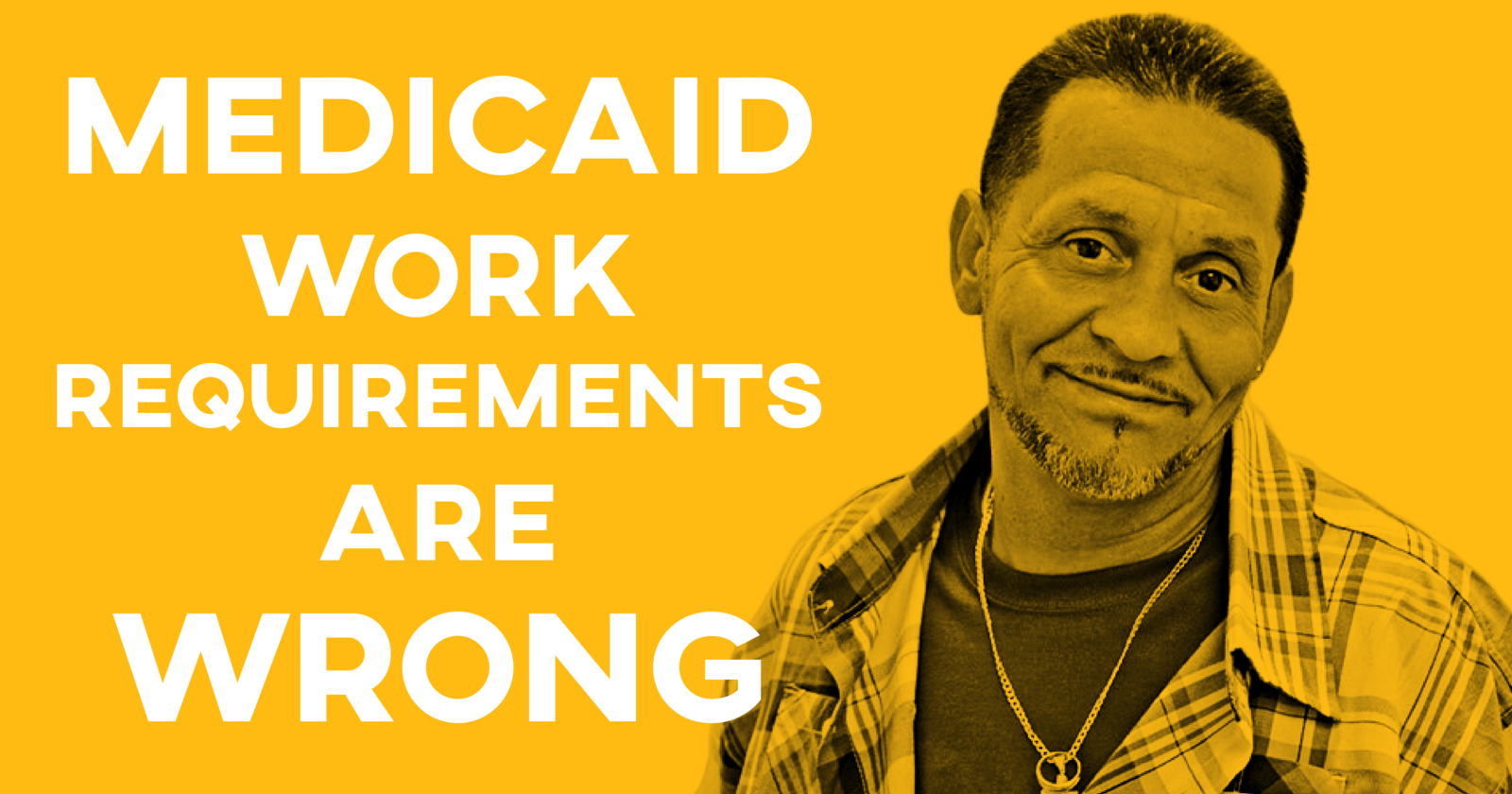 HHS has issued its first two approvals for state Medicaid waivers that make a person's health coverage contingent on their work status. Kentucky and Indiana are the first states to get approval for waivers that tie coverage to work. Other states that are seeking approval for similar waivers include New Hampshire, Arkansas, Maine, Wisconsin, Utah, Kansas, and Arizona. ​Visit our 1115 Waiver Resource Center for details.

States can make these changes to their Medicaid program under Section 1115 of the Social Security Act. Section 1115 gives states the ability to modify their programs to pursue demonstrations that promote the objectives of the Medicaid program: that is, to better deliver care to low-income, eligible people. A number of states currently have, or have applied for, Section 1115 waivers to cover their adult Medicaid population.​

A requirement that someone work or engage in unpaid community service in order to qualify for Medicaid is illegal, unnecessary, and bad policy.

As states propose and are likely granted work requirements in their Medicaid programs, legal action will become increasingly important in getting these policies rolled back, and it is important for advocates to be familiar with legal arguments against them. Some foundational legal arguments include:

The Secretary may waive certain parts of the Medicaid Act under 1115 but not create new ones. The Secretary cannot create entirely new Medicaid eligibility criteria under Section 1115- namely that people be working in order to receive benefits.

Work requirements do not promote the objectives of the Medicaid statute. 1115 waivers must promote the objectives of the Title XIX (the Medicaid title) of the Social Security Act. The core objective of Title XIX is assisting low-income people to get medical services. A work requirement would lead to low-income people losing their health coverage, an outcome totally at odds with the purposes of the Act.

Work requirements implicate the civil rights protections contained in the Americans with Disabilities Act (ADA) and section 504 of the Rehabilitation Act, laws which make it illegal for states to take actions that have a discriminatory impact on people with disabilities. Section 1115 does not authorize the Secretary of HHS to waive these laws.

Nearly eight in ten non-disabled, non-elderly adults live in families where at least one member works, and sixty percent work themselves. In some states, closer to three-quarters of Medicaid enrollees are working themselves. Of those who are not working, more than one-third reported illness or disability as the primary reason for not working. Another thirty percent cited caretaking obligations as an impediment to work.

3. Work requirements would increase the ranks of the uninsured and hurt Medicaid enrollees’ ability to work, rather than promote work

Giving people Medicaid coverage helps them get and keep good jobs. Locking them out could make it harder for unemployed people to find work. In surveying beneficiaries of the Medicaid expansion, Ohio reported that three-quarters of beneficiaries who were looking for work said Medicaid made it easier for them to do so. For those who were currently working, more than half said that Medicaid made it easier to keep their jobs.

4. A community service requirement, is just as bad, if not worse, than a work requirement

Some states have suggested that Medicaid eligible individuals could keep their coverage if they worked or engaged in some hours of community service or volunteer work. Other states have structured this as an exemption from a work requirement for volunteer work. They are the same thing. A Medicaid community service requirement forces low-income people to work for a non-monetary benefit. In economically challenged areas where unemployment is high and jobs are scarce, forcing people to work for free could disrupt fragile labor markets. It likewise may run afoul of labor laws like the Fair Labor Standards Act.

Medicaid gives families a hand up. It helps people working stay at work, and those looking for jobs find them. A punitive work requirement will make it harder for low income people to get ahead.

5. A work requirement won’t move people out of poverty

Some states requesting work requirements have claimed that such a provision will move Medicaid enrollees out of poverty and into employer sponsored coverage and “self-sufficiency.” This claim doesn’t withstand scrutiny. A study of the work requirement in the Temporary Assistance for Needy Families (TANF) program found that work requirements had little or no effect in increasing work or cutting poverty. In fact, the vast majority of people subject to the work requirement remained poor and some became poorer.

6. There are better ways to promote work among Medicaid enrollees

To truly help increase employment rates among people with Medicaid, voluntary employment supports programs are the evidence-based way to go. These programs are not punitive, and do not fly in the face of the legal requirements of the Medicaid Act and Section 1115 of the Social Security Act

This post was originally published on Wednesday, Feb. 7, 2018 for Families USA.