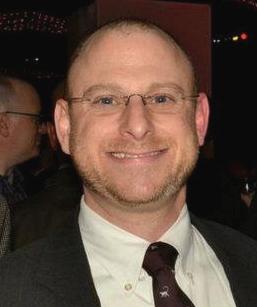 UPDATE: 12/19, Congress sent President Obama the final appropriations bill for fiscal year 2012, which reinstates the ban on federal funding for syringe exchanges. The AIDS Foundation of Chicago strongly opposes the ban and released this statement in response.

UPDATE: 12/15 10:30 a.m.  Overnight, the House released an omnibus spending bill that reinstates the ban on federal funding for syringes nationally and in Washington D.C.  It is unclear if the members of Senate leadership have agreed to this and other harmful policy riders, but AFC continues to stridently oppose them. Stay tuned for updates.

It’s received almost no media attention, but federal funding for syringe exchange programs is imperiled as Congress hashes out its appropriations bills for fiscal 2012.

Some legislators apparently feel that providing federal money for clean syringes sends the wrong message and encourages drug use. It's a dangerous position void of truth.

In fact, syringe exchange programs have played a major role in the decline of HIV infections through intravenous drug use, said John Peller, (pictured at right) vice president of policy for the AIDS Foundation of Chicago.

Peller took a few minutes with Inside Story to explain what’s at stake with syringe exchange funding and how to take action.

Inside Story: What’s going on with the federal ban on syringe exchange funding right now?

John Peller: Congress is trying to wrap up spending bills for fiscal year 2012 (which started over 10 weeks ago).  The Republican-led House has passed spending bills that contain a number of policy restrictions or “riders” dictating how funding can or can’t be used.  One of these restrictions would prohibit using federal funding to operate syringe exchanges.

The Democratic-led Senate, however, generally opposes these funding restrictions.  The Senate’s funding levels are generally higher than the House-passed funding amounts, so House members are saying that they’ll accept the higher level but at a price — Senate approval of the policy riders.  It’s political horse-trading at its best.

IS: Why do some elected officials want to ban federal funding for syringe exchanges?

JP: The federal ban on funding for syringe exchanges was put in place in the 1980s, and was repealed in 2009 by the Democratic Congress and President Obama.  The Republican-led House, however, has attempted to reinstate the ban, claiming that syringe exchanges promote drug use.  The evidence actually shows that exchanges reduce drug use and link people to treatment.

That infections went down despite the federal ban on funding is testament to the dedication and hard work of scrappy agencies like Chicago Recovery Alliance and others around the country.  However, these agencies deserve the mainstream recognition that other HIV prevention services receive.

The federal funding ban forced syringe exchanges to operate in the shadows as if they are ineffective and illegitimate, when that couldn’t be further from the truth.  The funding ban marginalized people who inject drugs and labeled them as throw-aways, making it even harder to link them with life-saving services.

IS: Has repealing the syringe exchange funding ban worked to reduce HIV cases?

JP: Syringe exchanges are one of the most effective tools in the fight against HIV. Allowing federal funding to be used for these programs is just plain and simple common sense.

Exchanges operate on the principle of harm reduction: If someone can’t or won’t change their behavior, they can still take steps to reduce the short-term and long-term harm to themselves or others.

All the evidence shows conclusively that syringe exchanges reduce HIV transmission, reduce drug use and link people to treatment.

IS: What are the long-term health and fiscal concerns with a reinstating the ban on federal funding for syringe exchanges?

"The lifetime cost of medical care for each new HIV infection is $385,200; the equivalent amount of money spent on syringe exchange programs would prevent at least 30 new HIV infections," according to the Harm Reduction Coalition.

IS: What can people do to support maintaining the current law?

JP: We are asking advocates to call key members of the Senate.

The boilerplate message for all of the senators, including Sen. Reid, is:

"My name is _______.  I live in <Your City, State>.  I support maintaining current language that allows local officials to make their own decisions to use federal and local Washington DC funds for Syringe Exchange.   Please do not change the current law in the Fiscal Year 2012 Appropriations negotiations.  Thank you."

And here are some additional resources if you want to learn more and get involved: