The Team to End AIDS (T2) has for five years offered people who are interested in completing an endurance event the opportunity to raise significant funds toward the fight to end HIV/AIDS while getting trained for athletic success. Through its triathlon, Steelhead, half-marathon and marathon training programs and fundraising guidance, T2 athletes have raised hundreds of thousands of dollars — and crossed hurdles and finish lines.

Amanda Moswin is one of those athletes. She has been part of the T2 family for two years, 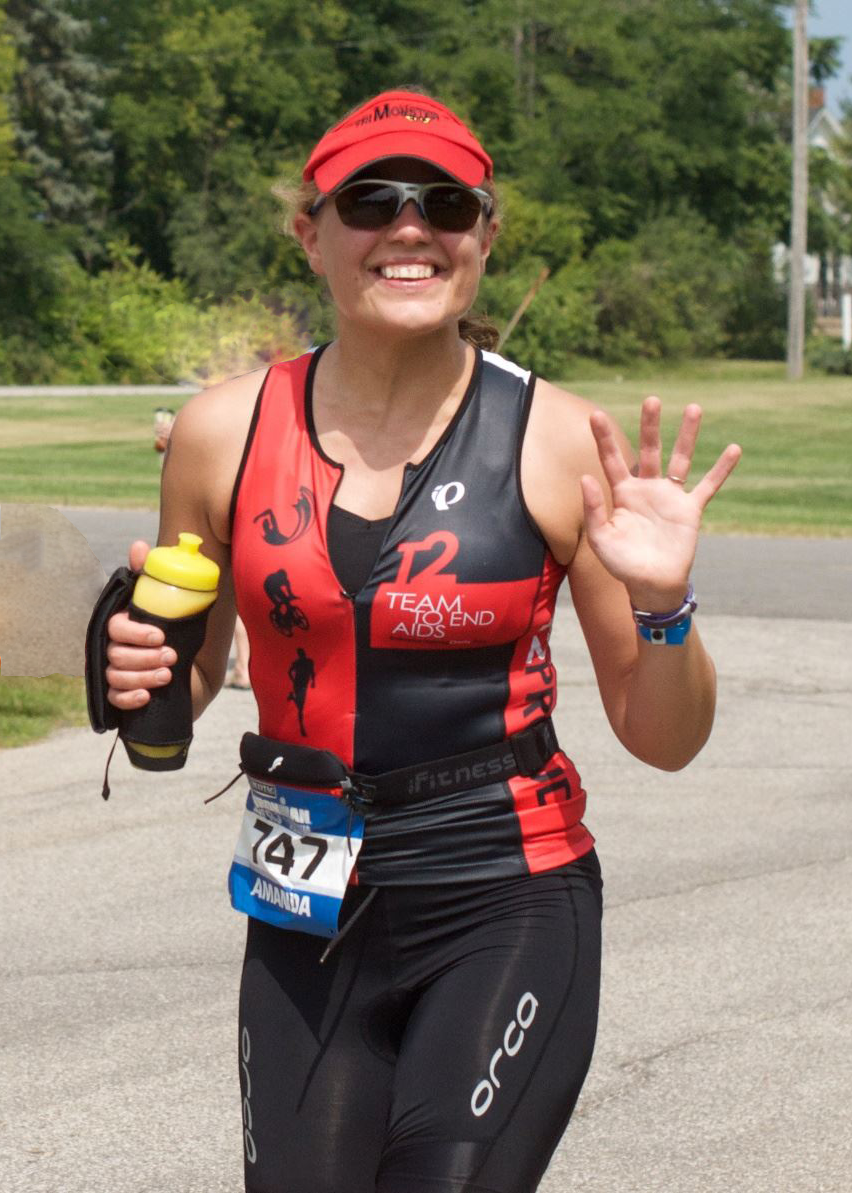 and in that time she has raised nearly $8,000 to support the AIDS Foundation of Chicago’s mission to serve people living with HIV and AIDS in Illinois.

This year, Moswin made T2 and herself proud by completing the Ironman 70.3 Steelhead event in Benton Harbor, Mich., and received a qualification slot for the Ironman 70.3 World Championship in Austria in August 2015.

Why did you join T2?
In January 2013, I was bemoaning how out of shape I had become when I received an email from the AIDS Foundation of Chicago inviting me to join T2 by doing a marathon or triathlon. I'd been an on-again, off-again endurance athlete for several years (runner and commuter/leisure cyclist), and I had a dream of one day getting involved with the triathlon. I signed up for the T2 triathlon program the very next day.

And we’ve been happy to have you as part of the team! What has the T2 family experience been like for you?
What an amazing group of people! I love that we all work so hard to achieve our athletic and fundraising goals without taking ourselves too seriously.

Has T2 made an impact on your physical fitness?
A huge impact. Since I started training in May 2013, I've lost 45 pounds and I've made great improvements in my power and endurance. The coaches with T2 really have helped push me to become a better athlete than I had ever expected myself to be. More importantly, I'm pretty sure that endurance sports will be a lifelong hobby of mine rather than something I dabble in every once in a while.

For whom would you recommend T2 as an endurance training program?
Pretty much anyone. One of the most amazing things about the coaches is that they cater pretty well to people just starting out and seasoned athletes alike. I also think that the T2 staff does a great job of encouraging people in both training and fundraising; it makes the whole thing feel more important than just achieving individual goals. 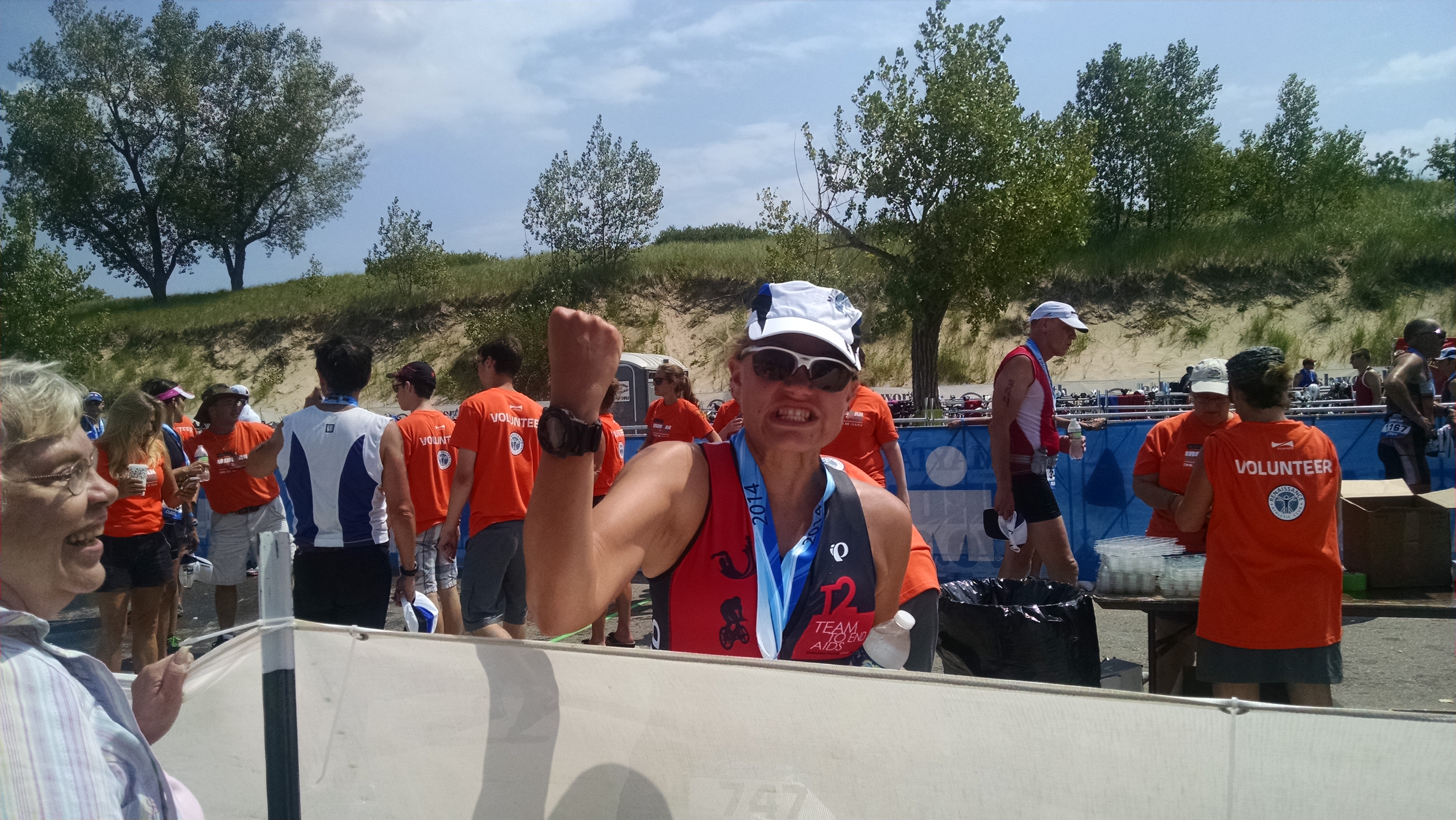 Your husband, Art, works in the HIV field. Does that play a role in your decision to be part of T2?
While I've always admired Art because of the work he does and have been peripherally involved with the AIDS Foundation of Chicago, it wasn't until I read And the Band Played On by Randy Shilts that I really knew I wanted to get personally involved in the fight against HIV/AIDS. Knowing the history and tragedy surrounding the early years of HIV made me understand that fighting HIV/AIDS is as much about social justice as it is about stopping a disease. I'm proud to have found a way to join my husband in supporting the cause.

What were you thinking about as you crossed the finish line at Steelhead?
How happy I was to join this team of amazing people and accomplish my goals, all while raising money for a cause I believe in! Also, I was thinking about having a beer, let's be honest.

Ha! How did you spend the day after your event?
Sharing stories and enjoying the company of my teammates, coaches and amazing TEAM manager Ali Vos!