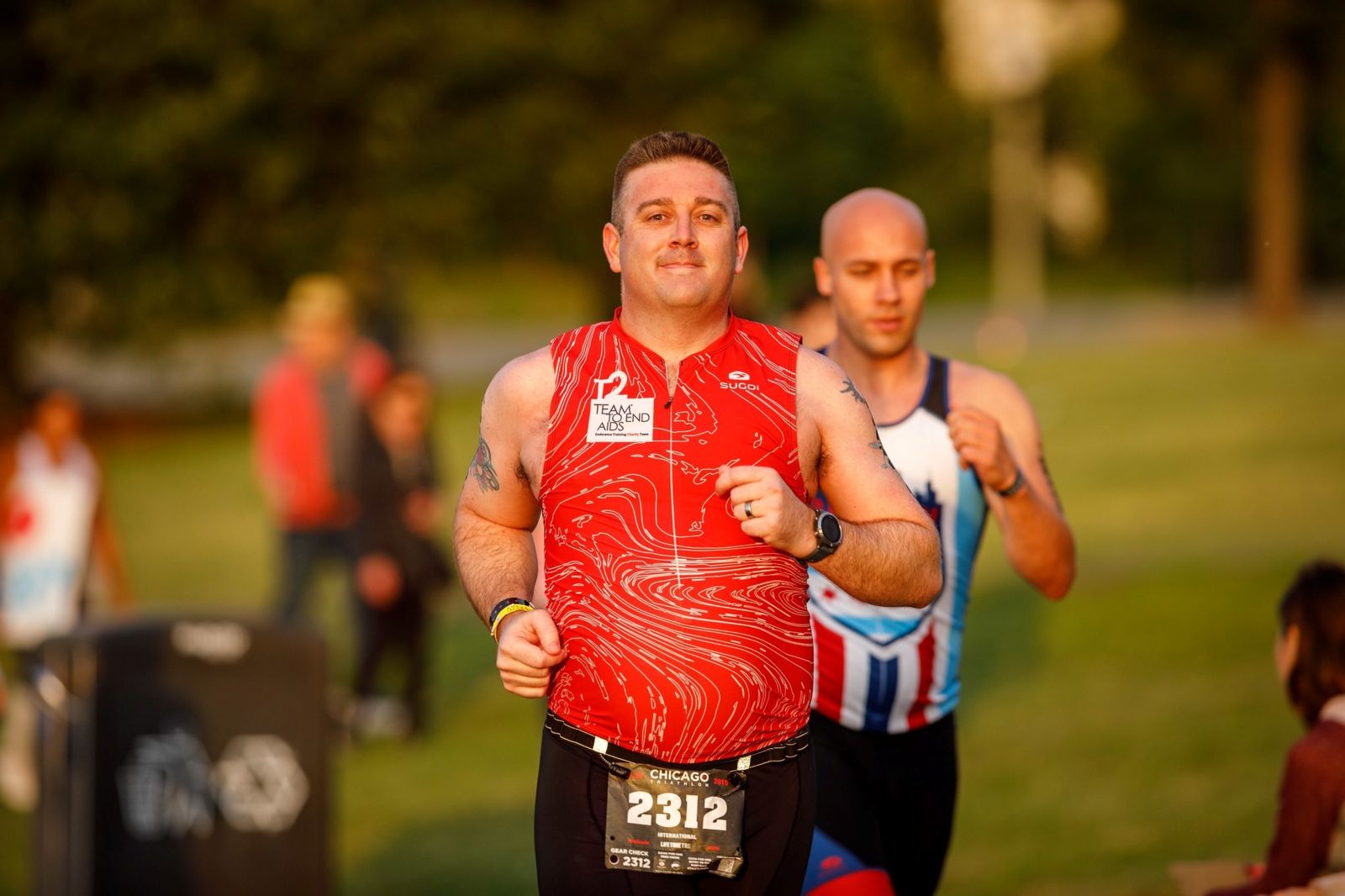 I am a runner by choice rather than natural inclination. And that choice came about because I was a coward.

I pride myself on three key components: self-sufficiency, planning well and limiting risk. The first I gained by being gay in a world with limited support. The final two I adopted after I became the victim of a hate crime that left me stabbed, bleeding and dying in the street. Shackled by the post-traumatic stress of the attack, my toxic narrative — that I was an inherently cowardly person — began. I felt so much anxiety so intensely that it became a reflexive, default response to the world.

My life continued in the negotiation of a truce: I could do the things I “wanted” provided they could pass a litmus test of anxiousness. I adored the word “no” since it is so warmly resolute in its rejection of uncertainty and danger. If I am being completely honest, it worked rather well.

And then chaos erupted during the 2016 presidential election. I was not so naive as to believe that homophobia, racism and nationalism were gone, but suddenly they were everywhere, amplified and championed at the highest levels. And the truce I had so carefully won between the fearful, careful me and the me who just wanted to live and do my best in the world, evaporated in an instant. Inside me lay the torrent of all my fears and anxieties, bare and toothy. I cried for weeks and I knew in my heart I was a coward all along because I felt powerless.

I had a loving spouse, but no community. Years of isolation and self-reliance left me with no support system outside of me and him. I was inactive, overweight and sedentary because going out in the world was scary, and exercise was hard. I was out, but not always proud: Being overtly homosexual had “caused” my attack, after all.  I was so unmoored from myself that I didn’t realize the truce I had negotiated between myself as I wanted to be and the person my fears created was really a prison.

In the months following the election, I needed a big, structural change in my life, the type we talk about for our institutions and culture but rarely advocate for ourselves. We are either too indoctrinated with making small changes, or we fetishize our flaws in order to reclaim them as empowering traits. Neither would work for me. And sometime after admitting to this need, and in the spiral of my depression, I heard about ordinary folks who ran marathons for charity.

It seemed absurd at first: a nerdy, unhealthy and chronically tearful man running a marathon without previous running experience. But I made a bold choice because I needed the intensity of the choice to match the enormity of my emotions. A marathon is so uniquely epic that it captures the imagination at once: an endurance event that is propelled by willpower and your own two feet, tempered in salty, hard-earned sweat.

I also needed to believe that my actions should improve not only myself, but also my immediate world — a counter-balance to the destructive forces that were emboldened in the aftermath of the 2016 election. And while searching the charities that sponsor marathon participation, I discovered TEAM TO END AIDS (T2) and the work they support.

In T2 I have found a true community. Here, I can effect change in my communities by supporting individuals living with HIV and AIDS. I can fight HIV stigma, celebrate gayness 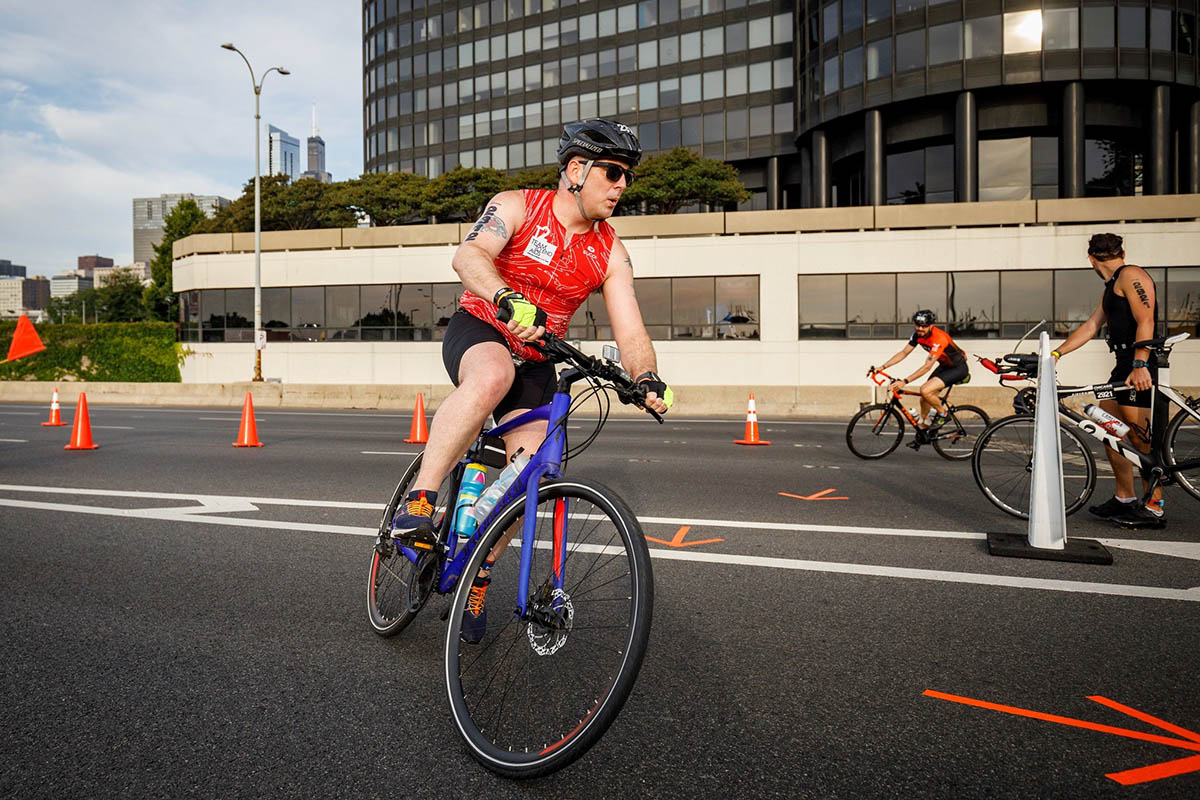 and advocate for equitable access to PrEP. Here, I could contribute to a divisive, fractured world, and be my divided, fractured self. I can be queer, messy, emotional and just a big dork. I can run marathons or finish triathlons. Here, I can be myself.

It has been among my T2 family that I learned I no longer need to make truces — I make choices.

I was never truly a coward and it was lazy thinking to equate anxiety with who I am as a person. At the time, I did, however, stop trying to be anything else. T2 and the marathon reminded me, for the first time in many years, to exercise my own agency. It doesn’t mean I am always in control, or that anxiety is gone. What it does mean is that I am not the remainder in an equation of self vs anxiety; I am the entirety of a beautiful calculus that is constantly adding, multiplying, and yes, subtracting and dividing.

Once gone, agency is earned back by degrees, in small choices and negotiations we make with ourselves that, however little, makes us stronger. In that respect, it's much like a marathon: step-by-step we will ourselves forward, and it is only in their totality we realize how far we’ve come.