The Many Faces of HIV 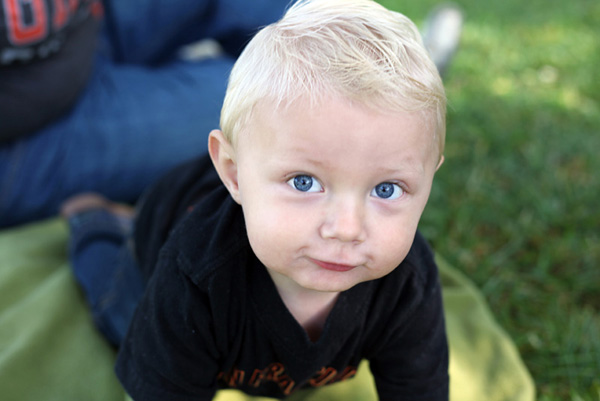 On a single day in September, about 120 people from all walks of life sent a self-portrait, with a caption, to the Chicago-based Positively Aware magazine.

The end result was a striking photo essay called “A Day with HIV in America,” featured in the November/December print edition and online. The collection will also be on display at the United States Conference on AIDS, at the Sheraton Hotel and Towers in Chicago, on Nov. 10-13.

The power of the photo essay lies in the diversity of the people who participated and the intimate glimpses of their daily lives. From all over the country, and even Canada and Britain, the subjects vary in race, age and sexuality. And that’s exactly the point, said Jeff Berry, editor of Positively Aware.

“Stigma, as you know, touches every facet of HIV. It prevents people from understanding the risks and it prevents those who are positive from getting treatment,” said Berry in a phone interview. “This (photo essay) is not to normalize HIV but to show that it touches so many people.”

For example, one photo (see above) shows a cherubic blond boy named Phillip, of Vacaville, Ga., almost 2 years old, who was infected with HIV during pregnancy. His adopted parents wrote in the caption: “We wanted to submit  a picture of him to show that children in the U.S. are still being born HIV-positive.”

Another photo shows Rev. Andrena Ingram (below), an HIV-positive Lutheran minister from Philadelphia, wearing a bright red “HIV-positive” T-shirt at a church conference. 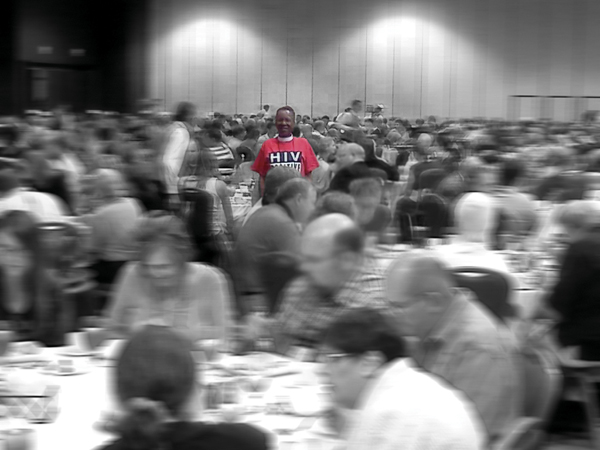 She wrote: “As I moved through the crowd, eyes saw me, and then glanced away. HIV is alive and well, and in your midst.”

Other photos depict tender moments, such as an HIV-positive Oregon man finding comfort in the arms of his lover after feeling worn-out from his daily medication, or triumphant moments, like the picture of Chicago’s David C. Parker (below) looking resolute on a sailboat.

“I look at it as a blessing, as it’s taught me so much about myself, other people, and life,” Parker wrote.

It’s actually the second year that Positively Aware has undertaken the photo essay, Berry said, and they hope it becomes an annual event for the magazine and its readers.

All of the photos were taken and submitted on Sept. 21.

Why that particular day?

“Sept. 21 was chosen as 'A Day for HIV' because it’s approximately the date of the autumnal equinox, when summer gives way to a new season,” wrote Rick Guasco, the magazine’s art director, in an email.

“Change is in the air,” Guasco said. “It just seemed like the right day for a campaign that’s about changing people’s minds about HIV."

To view the complete photo essay, visit the website: http://www.adaywithhivinamerica.com/