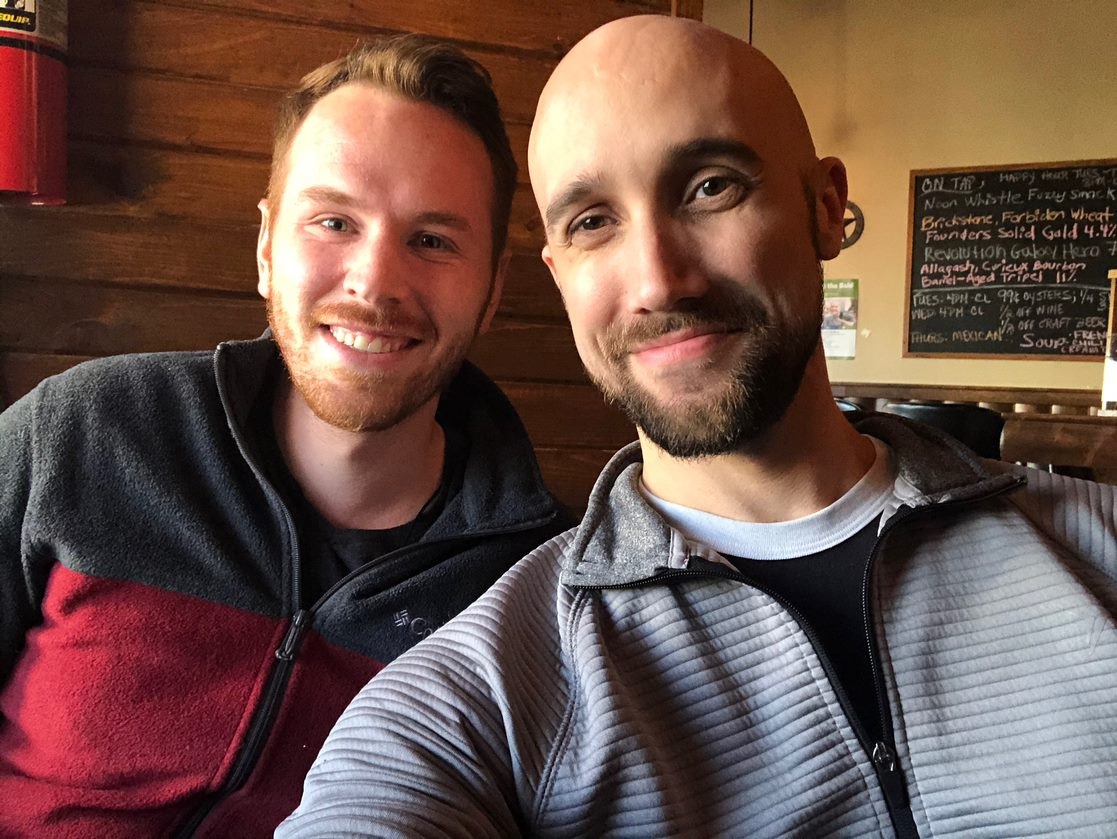 My name is Brandon Strawn, and I pride myself on being an educator, a musician and a delight.  In 2005, I came out as gay, and in 2009, I had my first HIV test. At this point in my life, I was a fairly chaste first-year teacher who spent his days teaching and his nights preparing for more teaching. So when the test came back positive, I was shocked and devastated.  How could this have happened? I would now never find a husband, could now never have biological kids and would probably die decades early. I spent the following days severely depressed, reaching out to close friends and family and desperately pleading with reality that this was a horrible dream.

Ten days later, I returned to get the results of my Western blot test and received another surprise: they were negative.  I had received a false positive on a 99.7% accurate test. I had dreamed of nothing more than waking up from that nightmare, and then just like that, I had done so.

By early 2017, I decided to be even more responsible than I already considered myself to be.  While I still got tested regularly and thought I didn’t take any serious risks, I had heard about PrEP and decided to get a prescription.  I also happened to be quite sick with the winter flu, and I thought I could maybe get some medication for that. I dragged my flu-ridden body in to get tested again to get a prescription for PrEP and quickly found out that apparently I was too late.  The most recent guy I had been with, and shown my negative status to, didn’t actually know his status as well as he had thought, and the flu I thought I had was actually the virus seroconverting into my body. I was now HIV-positive. No pleading or dreaming would get me out of this one.

Within a few hours of being diagnosed, the Howard Brown Health Center provided me with a veritable troupe of medical experts, several vaccinations, and over $5,000 of medication, all for free.  Next when I started telling the several people close to me, everyone--family and friends, liberal and conservative--responded with understanding and support. It occurred to me that I had gone in to take a pill every day to prevent spreading HIV, and now here I was, doing just that. This pill has lowered my viral load from an initial intake of 284,000 counts per mL of blood to under 20.  Not 20,000. 20. I am now undetectable, untransmittable and understanding of how the stigma had impacted me -- and how I can use my story to combat it.

My name is Daniel Eggert, and I am a small-town boy from Indiana. When I moved to Chicago in 2013, one of my friends found out I enjoyed running and invited me to run the Bank of America Chicago Marathon with him, to raise money for the AIDS Foundation of Chicago through TEAM TO END AIDS.  After signing up, I made some new friends through the charity and I also learned so much about HIV, AIDS and this new(ish) pill called PrEP, which HIV-negative people can take daily to prevent contracting HIV. I decided to go see my doctor and ask about getting a prescription. I have now been on the medication for 5 years, but at one point during the 5 years, I was in Indiana and had to go see a doctor while I was there. During my visit, I was asked what medications I was on and I told her about the PrEP. The doctor first got confused, then judgemental, and didn’t like that I was taking the medication. She shamed me for taking a medication as a precaution and taking care of myself. I have not been back to see that doctor since I didn’t feel comfortable talking to them about anything. I couldn’t believe there was even stigma against safe sex in the medical field!

I finished my last year of college and moved back to Chicago once I found a job. During that time, I had started seeing someone who lived in the city. I spent a lot of my time with this guy; we decided together that things were going well and that we didn’t need to use protection when we slept together. In my mind, that meant that we were monogamous. I found out later that I was wrong. He had been sleeping with several other men as well. I ended that and decided to focus on the new city and life I was going to make for myself. The next several years were crazy, fun and stressful. But in 2017, one night changed everything.

By April 2017, I was on my way, but I wasn’t undetectable yet and had serious reservations about dating. I was determined to be a Hester Prynne, but I let friends drag me out to Boystown anyway. We were standing around drinking and chatting at Progress, when eventually one of their friends arrived. He stood on the other side of the circle of people.  He was tall and red-headed and couldn’t talk without bashfully smiling and chuckling. My first thought was “well, he’s far too handsome to be single.”

That night, my friends took me to Progress in Boystown, and I ran into some other friends who introduced me to their group. While I was standing there swaying to the music, I noticed a handsome guy that seemed to be with my friends. I leaned over to my friend and told her that I thought he was handsome. She said “Really? I think he is single. Let me work my magic!” I said okay and joined my other friends in the back bar for a little while.

At one point, he walked away, and one of my friends came up to me and flirtatiously asked “do you think Daniel is handsome?” I gushed and said yes.  “He thinks you are too! You’re single, right?” I didn’t want to go into details about my status and how someone like me didn’t deserve love… So I just said yes. She replied: “Let me work my magic!”

My friends and I went back up to the front bar, where my friend gave me a wink and brought me back into the circle. I found myself standing next the handsome guy, summoned some courage, leaned over and said “I think you are very handsome.” He blushed and returned the compliment.

The rest of the night, our friends blurred out into the background as Daniel and I talked for hours.  Then went on a date. Then more dates. A few weeks went by, and I could tell we were ready to take our budding relationship to the next level, but I wasn’t undetectable and hadn’t told him yet and didn’t feel comfortable being intimate with him.  So one night, I worked up my nerve to continue my responsibility and tell him my status. I chose my words carefully and didn’t want to martyr myself, but I pleaded internally that this news wouldn’t be a dealbreaker.

That night, Brandon seemed to be quiet and a bit nervous. I wasn’t sure what was going on. He said that he had something to share. He told me that he was HIV-positive and then cautiously waited for a response from me. At this point, my education on the subject allowed me to patiently and calmly reply “that’s okay. I’m on PrEP.” I explained that I knew more than most on the subject, and immediately saw him relax.

Now we have been together for more than a year as a magnetic couple, (one positive and one negative). We are honored to share our story with the world while both running the Bank of America Chicago Marathon, raising money to end the HIV epidemic and to end the stigma that surrounds it.  Our hope is that sharing our story will encourage others to share their stories as well.  After all, it is only by knowing more of us that the world will overcome the stigma and understand the reality of preventing and responsibly living with this treatable virus.  We will all make it to this finish line together.

To support Brandon and Daniel in their race to the finish line, please visit http://bit.ly/brandanmarathon