Unwrapping ObamaCare: Who, What, When, & Why 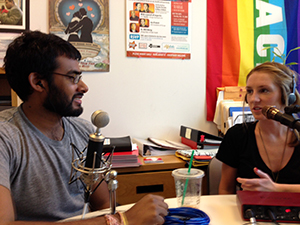 Reforming a nation’s health care system is complex and affects a lot of people—but it doesn’t have to be scary.

The AIDS Foundation of Chicago is launching a new podcast series called Unwrapping ObamaCare, where we dig the most important pieces out of the law and present them in a short, easy-to-understand way. Though we focus much of the conversation on intersection of HIV and health reform, it’s truly a universal discussion that could help millions of people who don’t live with HIV.

We also hope to maintain a nationwide focus, using various states as an example, since no two states will implement the law in exactly the same way.