We Need to Talk About ObamaCare 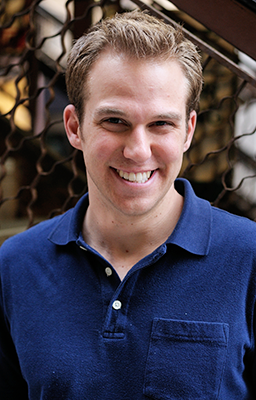 I like to tell stories. I like to illustrate macro issues with individual narratives, highlighting the humanity behind HIV/AIDS. Inside Story is a perfect platform for this because it focuses on the lives mainstream media often overlook.

This post deviates from that model slightly, insofar as I’m not profiling an individual—but this piece is vitally important, especially to many of our readers. We need to talk about ObamaCare.

I was recently visiting a friend, and he said, “I don’t know what to do. I’m a relatively smart guy, but I have no clue what’s going on with ObamaCare. I look at websites, but I don’t understand what they’re saying or what they want me to sign.” My friend is self-employed and eager to take advantage of new options for health care, but change can be confusing.

For starters, ObamaCare is the popular term for the Affordable Care Act (ACA) or health care reform.

“ObamaCare will completely change the landscape for prevention, treatment, care, and essential services for people living with HIV,” said John Peller, vice president of policy at the AIDS Foundation of Chicago (AFC). “It will link more people to HIV testing, connect more people living with the disease to medications, and give more people access to regular medical care.”

This is also true for people who test negative for HIV. They’ll have access to care and preventive services in unprecedented ways.

But there are a few questions that need to be answered before we can reap the fruits of this new law, such as: When do you sign up for coverage? How do you sign up? Who is eligible for coverage, and when does it begin?

Let’s slow things down and start with dates. Most people can enroll in ObamaCare starting October 1, 2013. Their coverage will then be effective on January 1, 2014.

This open-enrollment window closes on March 31, 2014 for the new private insurance options (more about that in a second). After that, people won’t be able to sign up for ObamaCare private insurance until the fall of 2014 for coverage beginning in 2015.  I want to keep it simple, but I have to note, low-income people will be able to enroll in Medicaid at any time.

Next we need to introduce an important term: Health Insurance Marketplace (or simply Marketplace). Think of this like Orbitz for health care. It’s a website that allows customers to shop for high-quality health insurance that fits their budget, hassle free.

Here’s a short video that helps explain the function of the Marketplace:

Every state will have its own Marketplace. Though there is no website for the Illinois Marketplace yet, follow AFC on Facebook and Twitter for updates. To discover public, private, and community health care options through ObamaCare, visit finder.healthcare.gov.

If you don’t have access to the Internet, you will also be able to enroll in ObamaCare by phone, paper application, or in person. These are also subject to the same timetable as online applications, and AFC will keep you abreast with information, as details become available.

Finally, for people in Illinois, the state’s Medicaid program will expand to include everybody whose income is at or below 138 percent of the Federal Poverty Level (FPL). That’s a confusing number, but it boils down to this: For a single individual, 138 percent of the FPL computes to just over $15,000 annually, and for a family of three, the FPL is $26,000.

Hopefully this blog entry provides a cursory roadmap for navigating the long, winding road of health reform. It’s certainly much more complex than any single post can cover, so stay tuned to Inside Story throughout the year, as we unfold ObamaCare piece by piece.

If you’re looking for a comprehensive website at the intersection of ObamaCare and HIV/AIDS, visit HIVHealthReform.org.