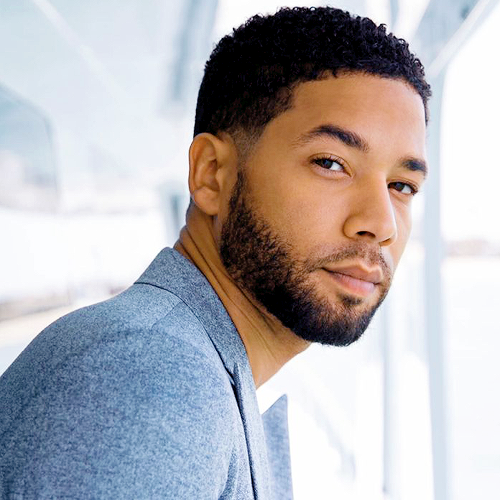 Yesterday, we reshared on our social media accounts a statement from January about Jussie Smollett and the horrific hate crime that he reported. Much has changed in the story since Jan. 30. Truthfully, we may never know what happened that night — or what happened in recent days and weeks to lead to no convictions, no trial, no justice.

What we at AFC do know is that we must continue to #believevictims, no matter who they are, what they look like, or what they report. We stand with folks in the LGBTQ community (especially our Black and Latinx LGBTQ siblings, who we know are disproportionately oppressed by the criminal justice system) who are hate crime victims and may have been retraumatized during this painful, public drama. We demand that the Chicago Police Department and the new Chicago mayor take a hard look at what justice looks like for the LGBTQ community.

Our hearts are with actor Jussie Smollett and his family. Jussie was attacked Monday in Chicago because he dared to be an out. Black. Gay. man. His attack illustrates what a fragile bubble our lives can be in this environment of unleashed racism and homophobia like we have not seen in a long time.

According to reports, Jussie’s attackers were two white men who cowardly hid their faces behind ski masks as they beat him, yelled slurs that further attacked his race and his sexual orientation, put a noose around his neck and poured an unknown substance on him. And then they claimed to be “making America great again.” This was the latest act of domestic terrorism committed against a person of color — specifically a Black gay man — fueled by the alt-right's MAGA mantra.

This act of terror stirs up so many historical references to the degradation of black people and queer people in the US and around the world that it is eerily familiar and excruciatingly heartbreaking after so many years of “progress.” Jussie Smollett is the intersection of the two lives that are forever tied by the name of the federal hate crimes bill signed into law by President Obama in 2009. Matthew Shepard was a gay man. Carl Byrd, Jr. was a Black man. Both were killed because of who they were. Racism and homophobia are cut from the same patriarchic cloth.

Pride Action Tank and the AIDS Foundation of Chicago are in solidarity with Jussie Smollett and all victims of hate. We call upon the Chicago Police Department to elevate this attack to hate crime status and to bring swift justice to Jussie. We also call upon the current and future mayors of the city of Chicago, as well as current and future members of the Chicago City Council, to strengthen the Chicago Commission on Human Relations to increase hate crimes education, doggedly pursue justice and deploy more resources to the many victims of hate crimes who do not have access to the communications platforms that so thoroughly spread news of this injustice against Jussie Smollett.

By Raven Feagins Hataria James is an outgoing, loving mother of 6 with a passion for giving back...
Read more...

"We don't always have the choice of being sexperts."

by Cristal As a child of immigrants, I was taught to migrate in order to survive. In the past...
Read more...