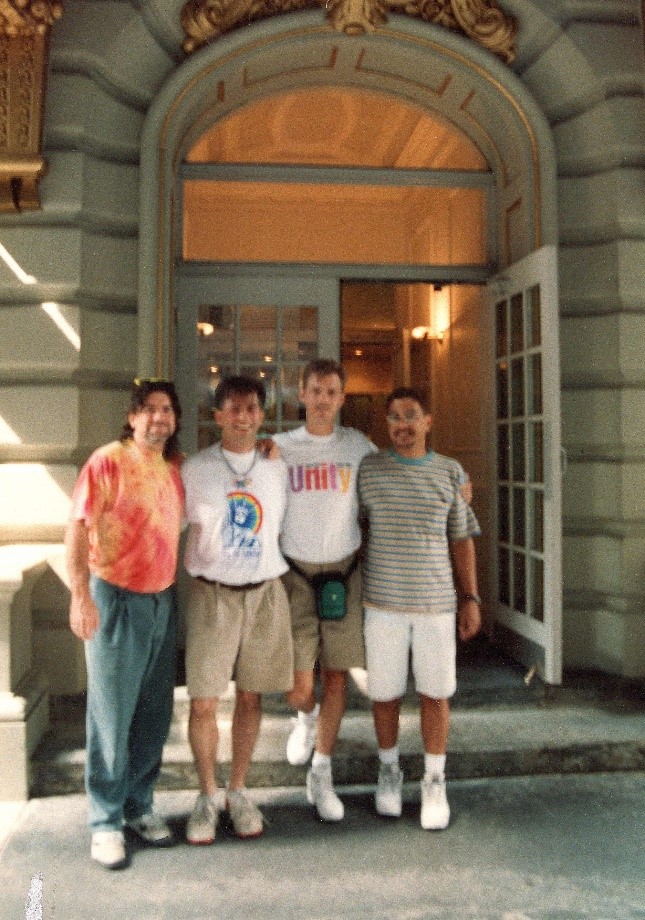 Do you admire our t-shirts from our previous Advocacy Days? If so, you have the Ohio-based company Nightsweats & T-Cells to thank.

We have utilized their services as our main t-shirt vendor for this event for the past seven years because of their commitment to the HIV community. We have an ongoing commitment to support vendors that give back to our community and vendors led by people of color.

We thought you should get to know the amazing history of this company and why we need to continue to support small businesses who are committed to making an impact and uplifting people living with HIV. We interviewed Gil, who is currently the spokesperson for Nightsweats & T-Cells and a longtime employee.

What's the story of Nightsweats & T-Cells?

Nightsweats & T-cells has a long and interesting history. In 1989, Paul Monette (writer of "Borrowed Time"), Victor Brown (Paul's best friend) and a social worker (she worked in an infectious disease unit in Cleveland and chooses to remain anonymous) would meet up and talk for hours about the ongoing AIDS crisis.

They would have discussions about the AIDS epidemic and say things like "that should be on a shirt” and “…if you wore that shirt to the grocery store no one around you could ignore that part of the AIDS crisis.” The group decided that if they made these shirts, the company should be called Nightsweats & T-cells. (Nightsweats are a symptom of initial HIV infection, or the onset of an opportunistic infection. T-cells play a central role in the immune system. The T-cell count is a measure of immune system health.)

While preparing for a fundraising event months later, the social worker heard about an HIV-positive screen printer and had him make t-shirts and prints for her event. The screen printer was then asked to print the first Nightsweats & T-cells designs.

At first, the few printed shirts were gifts to local activists and friends. Soon it became apparent that the four founders impacted more people 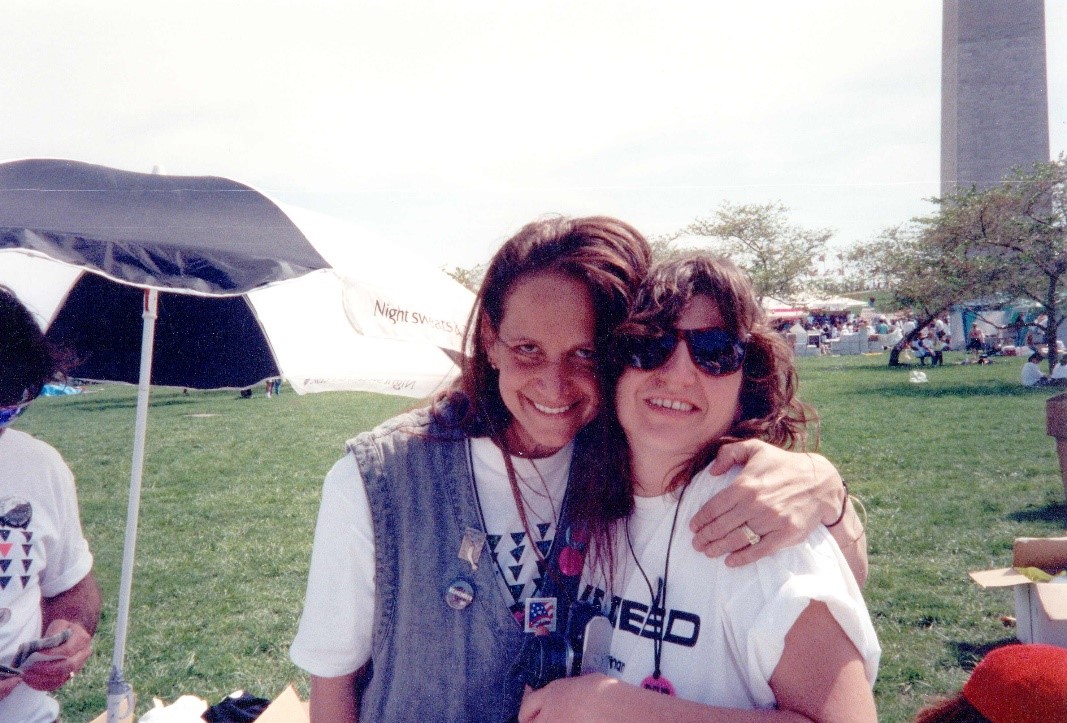 than they anticipated, touching nerves and hearts. The branded sleeve print Nightsweats & T-cells with a small heart at the end became our trademark, as we wore our heart on our sleeves.

When was the moment you felt like the business really took off and made a national impact?

It became apparent that some of our friends who were very ill were bored out of their minds on the days that they had the good fortune to feel well. They had no money to enjoy the day. Most of them being relatively young men who had promising careers, or plans of one, were also left with feelings of isolation and loss of identity.

As business and word of our mission expanded, we started to employ ourselves and as many friends on a limited basis as we could.

When we heard that the Names Project was bringing the Quilt back to Washington D.C. in October 1992, we made plans to take as many people living with HIV to spend the week in D.C. selling our shirts as a way to pay for being a part of history.

Our street vendors license would not allow us on the grounds of the area where the Quilt was displayed. The men and women from ACT UP NYC spotted us and our shirts and convinced us, as activists, that we belonged at the base of The Washington Monument in defiance of the law with them making our voices heard and seen. 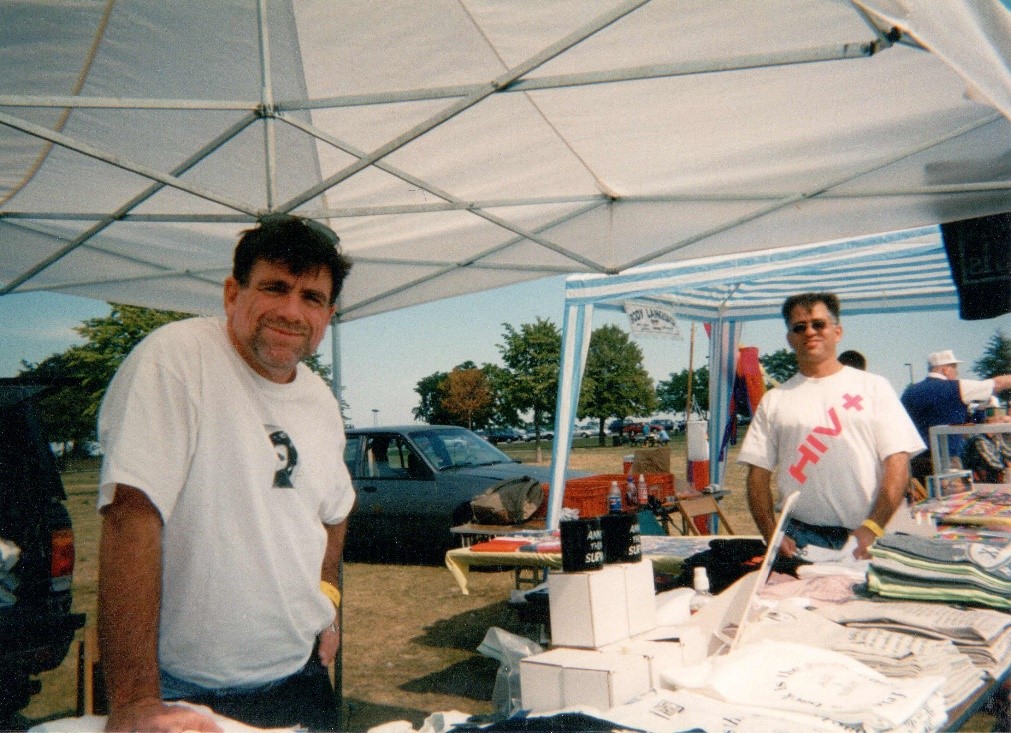 Over the next two years, the hundreds of people that we had sold shirts to started to call for custom screen-printing jobs for AIDS walks, LGBTQ events, Pride events, bars and any event you can think of.

In 1994 we exhibited at The Gay Games, The National Lesbian & Gay Health Conference and Stonewall 25. We stayed on the road for the next 15 years.

With the breakthroughs in HIV treatment in 1996, we were finally invited to more forums and had requests to present our technical assistance training "Employment: A Treatment Option that Works". It felt like people were finally paying attention to our core mission.

Before 1996, it seemed like people were just consumed with burying us. Not understanding the very basic concept that if you give a person, ill or not, a reason to get out of bed in the morning they are far more likely to do just that.

How many people are part of the business?

Nightsweats & T-cells has a very fluid workforce depending on the time of the year and types of orders that we are working on. We are currently owned by two HIV+ people.

Everyone who has worked in our shop has brought a unique set of skills, perspectives and life experiences that have kept us creative and our own line of products and art real and 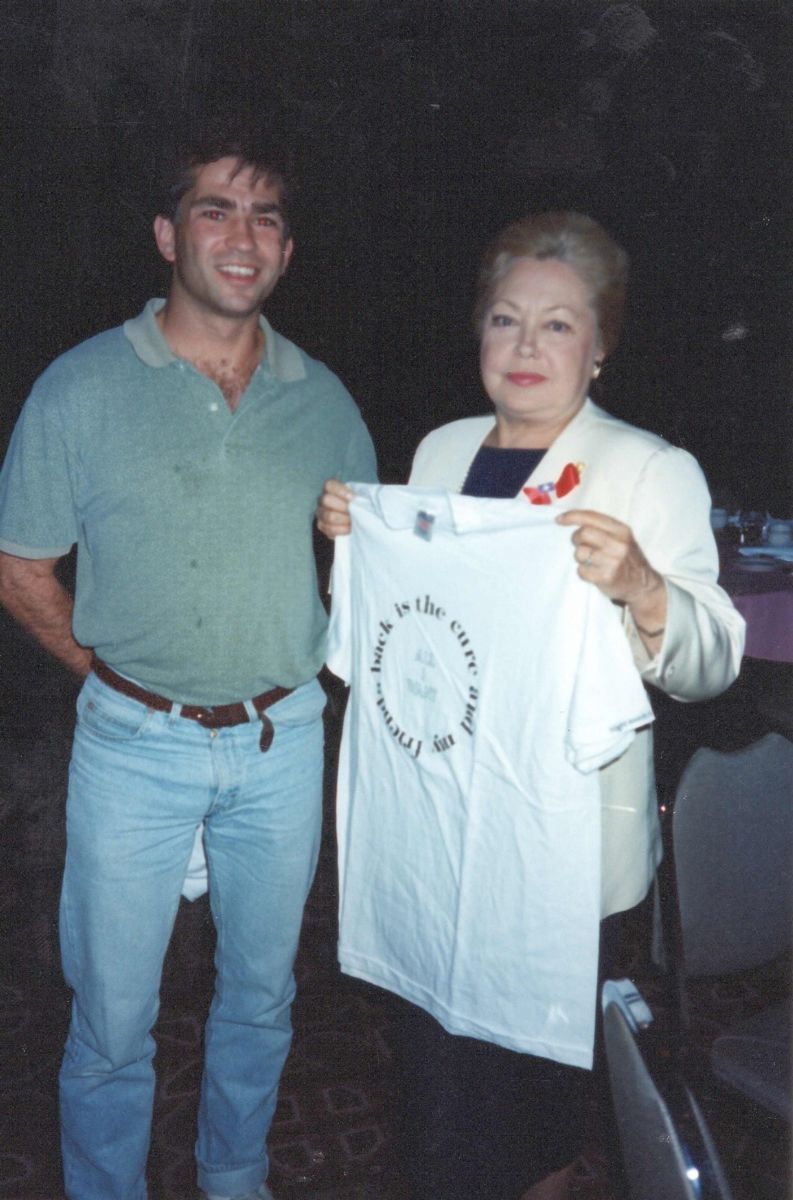 relevant. We function as a collective with one thing in common: We are people with HIV.

Where is Nightsweats & T-Cells now, and what do you see for the future?

The financial crisis of 2008 made life very difficult for all small businesses. 25 years later, we are still alive and still are updating our five-year business plan. Today, we are preparing to return to NYC for the 50th anniversary of Stonewall.

We hope in the future we will find our model reproduced in more cities, as we know that the trauma of poverty effects an overwhelming number of people newly diagnosed with HIV and long-term survivors.

Support Nightsweats & T-Cells! Check out their online store and get yourself something nice.

Stay connected with us and learn more about how we can support the health and wellness of communities living with HIV!