“What to say // What not to say” is a series that explores the nuances associated with navigating topics related to HIV and AIDS, sexual health and relationships.

When’s the last time you frantically searched for a condom in the middle of a hot and steamy moment? As a young, queer person who often engages in condomless sex, I’m curious if new HIV prevention options are making this scene a thing of the past.

The Center for Disease Control and Prevention (CDC) dropped language that referred to condomless sex as “unprotected sex” or “unsafe sex” back in January 2014 due to it being outdated and imprecise. But there is still an incredible amount of stigma, misinformation and general denialism around this controversial topic. PrEP (a pill and a program that is up to 99% effective at preventing HIV transmission when used correctly - no condom required), changing up sex positioning and other strategies to reduce the risk of HIV transmission have proven to be effective approaches alongside consistent and correct condom use.

Whether you decide to participate in condomless sex or chat about it over drinks with friends, what you choose to partake in or express is entirely up to you. For your reference, I’ve consulted some condomless sex experts to see what they recommend saying — as well as what’s better left unsaid —when discussing it with your next sexual conquest or a person who’s in the dark. 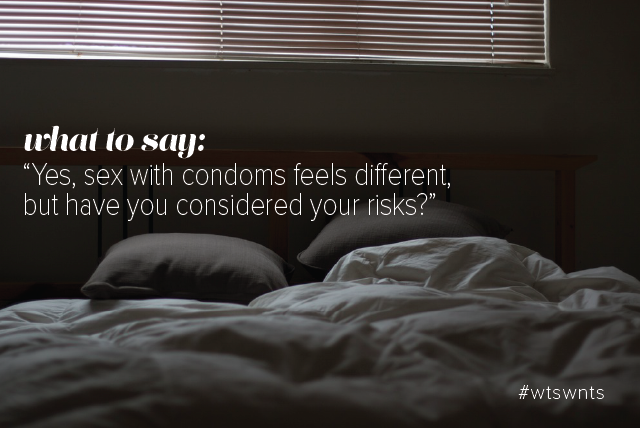 What to say:  “Yes, sex with condoms feels different, but have you considered your risks?”

Reports have revealed that consistent condom usage has steadily declined over the years, especially among gay men  — a population that continues to be disproportionately impacted by HIV and other STIs. This is not groundbreaking or new information. A report from 1998 published by the American Journal of Public Health explored the variables influencing condom use in a cohort of gay and bisexual men. The results discovered that 23 percent of the men reported that they always used condoms when bottoming, dropping to 21 percent when topping. Since we know that condoms are only effective when used correctly and consistently this information explains that condomless sex has been prevalent for many years.

Let’s be honest, there are many reasons why individuals choose not use condoms. Part of it comes down to the intimacy, pleasure and passion that can come with condomless sex for many people. “I want to fuck in a way that feels good to me; people connect themselves in emotional, physical and intellectual capacities that are right for them and the individuals that they choose to be intimate with,” says Ms. Mr. Jr., a 27-year-old performance artist and self-proclaimed Chicago icon.

It’s no lie that we have made huge strides since the beginning of the HIV epidemic, but it is false to imply that sex feels the same with or without a condom. As Olivier Ferlatte, an active member of the gay men's health movement and a Research Associate at San Francisco University’s Institute for Intersectionality Research and Policy, states, “Admitting that it is different (or hotter) to have sex without condoms won’t increase unsafe sex — it would allow gay men and public health professionals to have a much needed conversation about HIV prevention and pleasure. It all begins with a clear communication of one’s needs which then allows for that individual to personally identify the risks associated with their behaviors.” 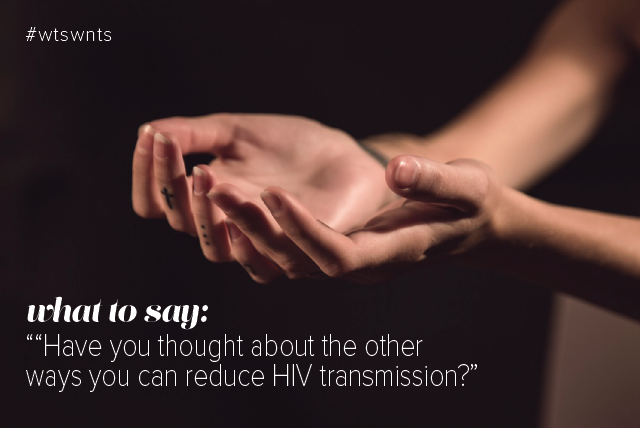 What to say: “Have you thought about the other ways you can reduce HIV transmission?”

Condomless sex is commonly referred to as “raw” or “bareback” sex, which explains the various levels of intimacy that are present during a sexual experience. If someone is participating in condomless sex, they need to put self-care at the top of their priorities and become aware of all the instruments available in the prevention toolbox. “I’ve found that many young gay and bi- men are unaware that they are more at risk of HIV than their straight friends,” says Ferlatte. He further explains, “This is a huge public health and education failure. Beyond that, I would also make sure that people are aware of other strategies if they decide to have condomless sex, such as PrEP or being in a monogamous relationship.”

Establishing a dialogue around risk reduction between you, your sex partner(s) and your health care provider should be at the top of everyone’s priorities. Jeremy, a Chicago-based Reproductive Health Assistant at Planned Parenthood, briefly details the different techniques he uses to keep a steady grip on his sexual health. “I may choose to use PrEP and/or condoms, but we can protect ourselves in many more ways that don't require pharmaceuticals, such as strategic positioning and sero-sorting. In my opinion, I believe that our best asset is communication alongside regular testing.” 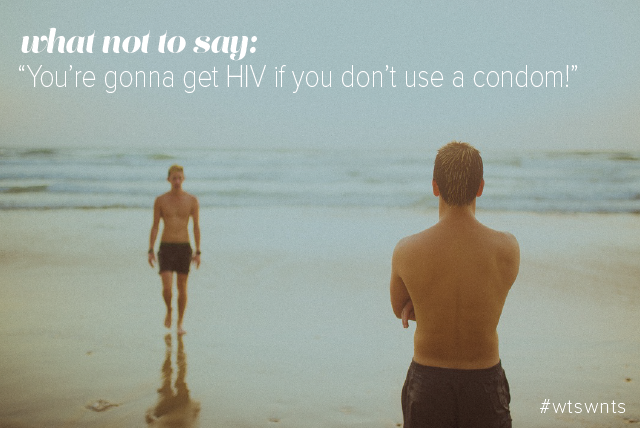 What NOT to say: “You’re gonna get HIV if you don’t use a condom!”

Fear does not help anyone’s physical, mental or emotional health. Specific populations are more vulnerable to HIV, but it is imperative that everyone continues to educate themselves about the facts: HIV and STIs do not discriminate, regardless of how much or little precaution is taken.

If someone tells you they are having condomless sex, don’t assume that you everything about their experience. Although there are an estimated 1.2 million people living with HIV in the United States, AIDS diagnoses continue to decline year over year due to advancements in HIV treatment. 50,000 people become HIV-positive each year in the U.S. but thanks to PrEP and treatment as prevention (TasP) HIV is no longer a death sentence , so make sure to learn about the facts before you spread information that can be misleading and damaging. It is imperative that we approach individual’s personal decisions with sensitivity and kindness whether they are an acquaintance, a friend or potential partner. 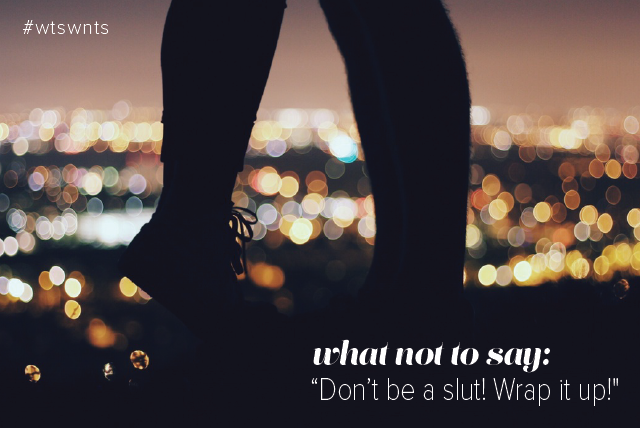 Fear-based tactics don’t get people to take action; rather, they drive people toward a place of despondence. “A big faux pas regarding condomless sex and HIV transmission revolves around ideas of slut-shaming. These mentalities perpetuate a culture of fear and social isolation regarding HIV and STIs,” says Jeremy. This is why those of you who are having these conversations must encourage individuals  who are most vulnerable to HIV and other STIs to take on the responsibility of prioritizing their health by being honest about one’s needs. Sex, in particular gay sex, is still a challenging subject to discuss in America, which is why it’s up to all of us to reframe that narrative by uplifting individuals with support instead of derision.

Jeremy further explains, “I would encourage people who engage in condomless sex to empower themselves with information: information about their own status; information about HIV and STI transmission; and information about the risk associated with specific sexual practices. You are your biggest resource when it comes to your sexual health, but you’re certainly not alone!” Now that we have more prevention methods in the toolbox, it is important that we are constantly working together to promote sexual health, and beyond that, the power of self-care. This is achieved by being mindful of the information that we share and understanding that generalizations and assumptions fuel stigma.

The next time you think about judging someone for the activities they engage in behind closed doors (or in public), think long and hard about the relevance of your contribution: in the age of swipe left or right, slut-shaming and fear-mongering is dated beyond measures.

By Bailey Williams   It happens once a year: The pesky little reminder goes off in...
Read more...