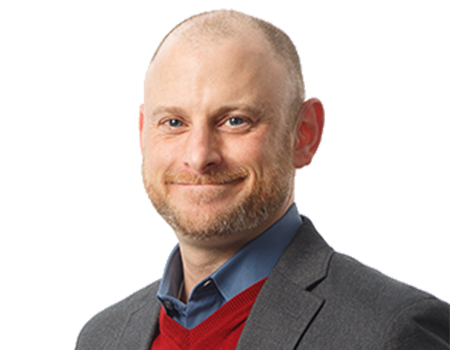 An innovative national and local leader in the HIV/AIDS field, John previously led AFC's advocacy and policy work at the city, state and national levels as vice president of policy. Peller is an accomplished nonprofit leader with an expertise in policy, advocacy, programs, grants management and operations.

John led the HIVHealthReform.org project, which aims to prepare the HIV community for health care reform. He has participated in webinars which have reached several thousand people with HIV and people working in the HIV field. John’s advocacy promoting affordable access to HIV medications on marketplace plans attracted national attention from the Wall Street Journal, Time Magazine and the Washington Post.

John started at AFC in 2005 as AFC's state lobbyist. He worked in Springfield to enact sound HIV/AIDS public policy, defend the rights of people with HIV/AIDS, and advocate for increased services and prevention for people living and at risk for HIV/AIDS.

At the state level, one of John's proudest accomplishments is leading a coalition that successfully advocated for legislation allowing expedited partner therapy, a CDC-recommended sexually transmitted infection treatment method. John also led a coalition that pushed passage of a law permitting wider prescription of naloxone, which can be administered in an emergency to reverse a drug overdose.

Before coming to AFC, John worked at the Chicago Children’s Advocacy Center, National Association of State Medicaid Directors, and American Public Human Services Association. He has a Bachelor’s degree from the Johns Hopkins University and a Masters in Public Policy from the University of Chicago. John was born and raised in New York City, and lives in Chicago with his partner, David Jablonowski.

John has trained with Team to End AIDS (T2), AFC’s endurance sports fundraising program, since 2003, completing five marathons, two half marathons and several triathlons with the program. He has raised tens of thousands of dollars for the fight against HIV though T2.